A video is circulating that appears to show a McKinley High School teacher slam a student to the ground.

The YouTube Video shows the student wearing a backpack standing in a classroom. Three people who appear to be administrators approach the student.

The video, which is less than 15 seconds long, has made its way around social media.

“The teacher’s behavior [in] this video is disturbing and unprofessional and is not in accordance with the standards of our district and the teaching profession,” explained Canton City Schools Superintendent, Adrian Allison in a written statement.

“The teacher is entitled to and will receive due process. However, the district will exercise all of its legal authority to ensure that he faces the most severe discipline possible.”

The teacher received the following letter from Human Resources on December 5th. The teacher’s name has been withheld as he is only being accused at this time. 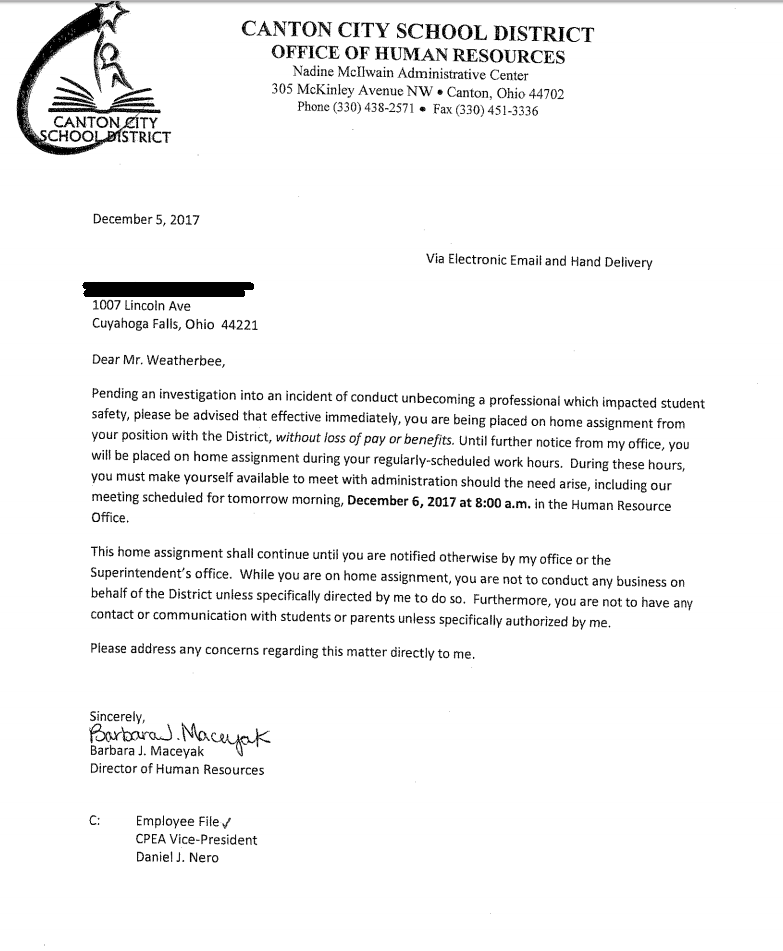 The following video taken by a student was published to YouTube by the Canton Repository.