Kohlton Calvey is a 10-year-old boy from Uhrichsville who is passionately pursuing efforts to make his school safer. 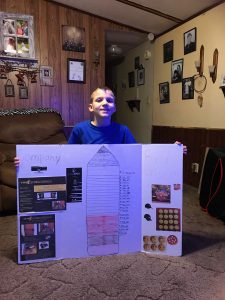 Earlier this month Kohlton, a Claymont Intermediate School student, went directly to the district’s school board to present a plan to raise money to purchase Barracudas. The equipment slides under classroom doors to keep them from opening in the instance of an active intruder situation. The average cost for a Barracuda, per a general Google search, is roughly $125.

Over the last few weeks, Kohlton has received three donations and continues to save his own money. He has raised $673 so far towards a goal of $2,000.

Kohlton’s message continues to spread. Word got back to a company called Silverback Safety and Training Solutions where representative Troy Lowe, went to Kohlton’s school to meet him.

The company provides hands-on active attacker response and survival training. Lowe is the CEO of the company and inventor of The Barracuda Intruder Defense System and BITT KITs and Protector II KITS.

“I was humbled and that the same time excited that he chose us after doing his research,” explained Lowe. “I was also very impressed by the fortitude shown by a 10-year-old to stand in front of a school board with an entire plan mapped out on how to help protect his classmates.” 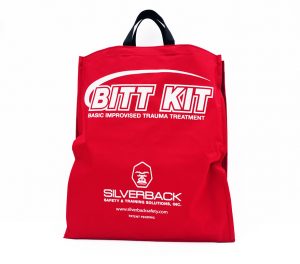 Lowe announced the company will donate several Barracudas and any money left over will be used to purchase trauma packs for the school. Additionally, Lowe added he plans to help train the staff.

“Our primary mission at Silverback STS is to try and save as many lives as possible by providing devices, gear, and training that will serve that mission,” added Lowe. “For this occasion, after having [Kohlton] reach out and ask to help keep him and his classmates safer, it just seemed like the right thing to do. After all, it’s why we’re in business.”

Those who have heard Kohlton’s message have noted he never refers to the Barracudas as benefiting him, but rather him and his classmates and the school’s staff.

The initial story published on Newsymom.com also caught the attention of a Catalyst, a PR company in Connecticut. A client of Catalyst is BILCO, which is affiliated with the manufacturing and distribution of the Barracudas. Catalyst representative, Thomas Renner spoke with Kohlton and his mother, Elaine Zurcher, and has proposed the story to a number of top magazines and other publications.

“I’m very proud of Kohlton [for] doing this project for the safety of his classmates,” explained Zurcher. “I always tell him to have a goal and a dream, it doesn’t matter how big or small you can achieve it. He is such a caring, happy child. I’m very humbled to call him my son.”

Kohlton plans to host several fundraisers in the near future including a bake sale, a $1 hat day at school and even a game/movie basket raffle.

Anyone that is interested in contributing to Kohlton’s goal is urged to call 740-229-2270.