“If your child is not mad at you on a weekly basis because of a decision/rule you made then you are not being an effective parent.

A campaign is underway to deter parents and guardians from hosting parties for those who are underage.

“One of the biggest misconceptions parents have is, as long as I let the kids drink here at my house I know they will be safe and there is no harm in it,” explained Diana Smith with Personal and Family Counseling Services in New Philadelphia. “In reality, there is severe harm and huge consequences for the adult that allows the kids to drink at their house if they are underage.”

Organizers of the local campaign explain that the goal is to stop the underage parties that seem to be held around prom and graduation and to get the message out to parents that should they host one of these parties, they can lose big!

Adults who choose to host underage drinking parties are choosing to risk not only facing time in jail and/or a $1,000 fine but also another person’s life.

“A child’s brain is not fully developed until the age of 25 and a child who starts drinking before the age of 21 is four to five times more likely to become addicted to alcohol than a child who doesn’t,” added Smith. “Being the ‘cool parent’ who lets kids drink honestly is not cool.” 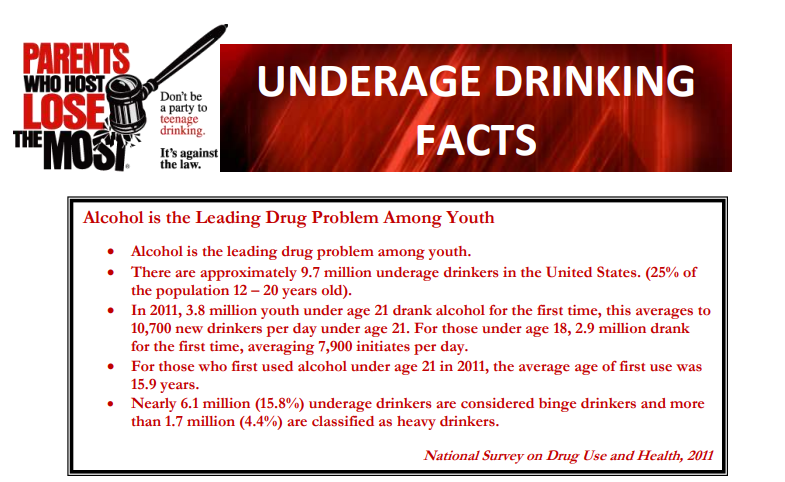 “My biggest message [to parents] is to be the parent and not the friend. Don’t be afraid of making your kid mad at you, it’s okay if they are mad,” she said. “If your child is not mad at you on a weekly basis because of a decision/rule you made then you are not being an effective parent. Kids will get mad, kids will get over it, [and] one day your kids will have kids of their own and when that day comes they will understand.” 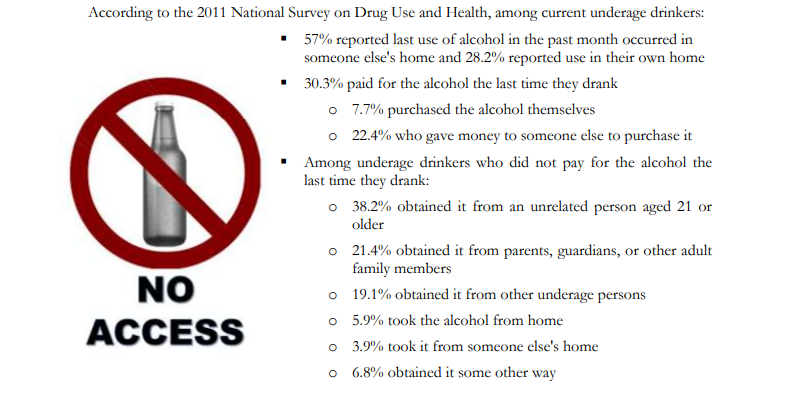