(New Philadelphia, Ohio) – “From the very beginning, I was in awe of the organization.”

Most people do not stay with the first company they work for right out of college. Generally, it is stepping stone to stepping stone until an individual reaches the business they’ll retire from. But some, find their ‘forever home’ from the very beginning. 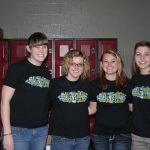 Pearch applied for the position and the rest is history, as they say. “From the very beginning, I was in awe of the organization,” she added. “I couldn’t believe the impact that mentoring can have on a child. The more I learned about the organization, the more I believed in the mission and everything that BBBS stands for.”

For more than 100 years, Big Brothers Big Sisters has operated under the belief that inherent in every child is the ability to succeed and thrive in life. As the nation’s largest donor and volunteer supported mentoring network, Big Brothers Big Sisters makes meaningful, monitored matches between adult volunteers (“Bigs”) and children (“Littles”) ages 6 through 18, in communities across the country. 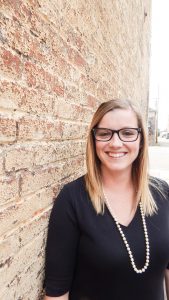 Pearch noted her passion for the organization seamlessly fell in-line with the mission of the organization. “Our kids are our future,” she said. “We need to invest in our youth to have an impact on what the future will look like.”

Pearch has served in nearly every position within the organization and believes that has given her the experience necessary to lead the BBBS team. “Having held all of the positions gives me a unique understanding of what the staff is going through and the struggles of each position. It has enabled me to be an empathetic leader and understand the core functions of each position thoroughly. There is not one title that is more important than another.” 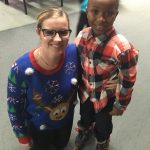 BBBS of East Central Ohio is based out of New Philadelphia and currently has 181 school-based matches and 52 community-based matches that actively spend time with one another. On average, BBBSECO serves an average of 350 children each year in Tuscarawas and Carroll Counties. The local office operates with a staff of six and a board made up of eight.

Among the many positions Pearch has held, she’s also a Big herself. “I serve as a Big in the school-based programs at Carrollton Elementary, Claymont Intermediate, and Dover East Elementary. I look forward to meeting with Thomas, Robin, and Damiere each week.” 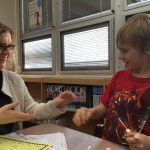 While BBBS is an impactful program, the organization is always in need of new mentors interested in connecting with and positively influencing children. Currently, the organization has 20 children still waiting for a Big. However, the organization has taken an innovative approach to essentially eliminate that waiting list and offer a nearly immediate interaction between Bigs and Littles. 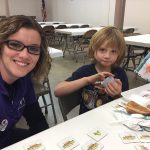 In January 2019 the organization launched the Pen Pal Program in partnership with Newsymom.com. This is believed to be the only organization in the area that coordinates such a program, which connects Littles waiting for a Big with invested, pen pal mentors. These relationships involve consistently writing letters back-and-forth between the child and their pen pal mentor. They have the opportunity to connect with and learn from a screened mentor while waiting to be matched with a Big that’s right for them. There are currently 20 children involved in the Pen Pal Program.

Pearch added that the Pen Pal Program allows community members to give back to kids without the time commitment required to be a Big. However, she noted that time commitment isn’t as much as many assume. “We ask our Bigs to spend a minimum of 4 hours a month with their Little. Outings do not have to be elaborate or expensive. Our Littles enjoy the small things in life that many of us take for granted like going for ice cream or just having a friend to talk to.”

She added that it doesn’t’ take a fancy job title or college degree to be a great Big. “It takes a willingness to form a relationship and an investment of time to have an impact on a child. Plus, it’s a lot of fun!”

Although being a Big does not take a lot of time or money, it is a decision to really consider before moving forward. “Our littles are attached to their Bigs,” added Pearch. “They look forward to outings and sharing life experiences. The least favorite part for anyone’s job at the office is telling a Little that their Big can no longer continue with them. The disappointment on their faces is heartbreaking.”

It’s important to point out that while the Littles get a lot out of the program, they aren’t the only ones to walk away with something. “I have had countless mentors tell me that they have learned life lessons from their Little,” Pearch explained. “Children see life through a different lens.” 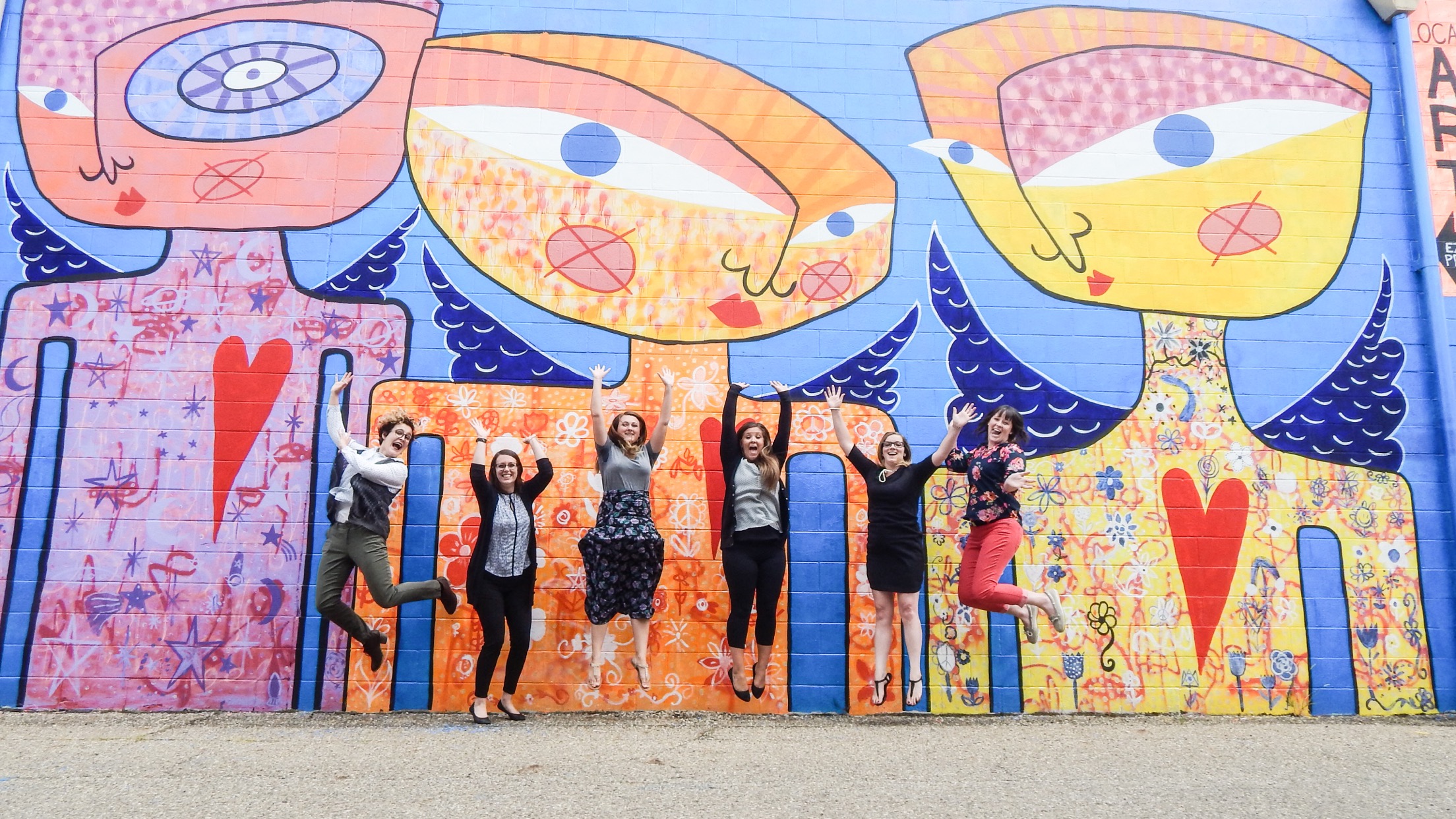 So, in an organization where it appears as though every single task makes a real difference and is passionately done with that in mind, could their possibly be one favorite? For Pearch, it’s the overall relationships that are created thanks to the program. “I love interacting with the kids and watching them grow to meet their full potential,” she said. “Mentoring is powerful, and I get to see it firsthand.” 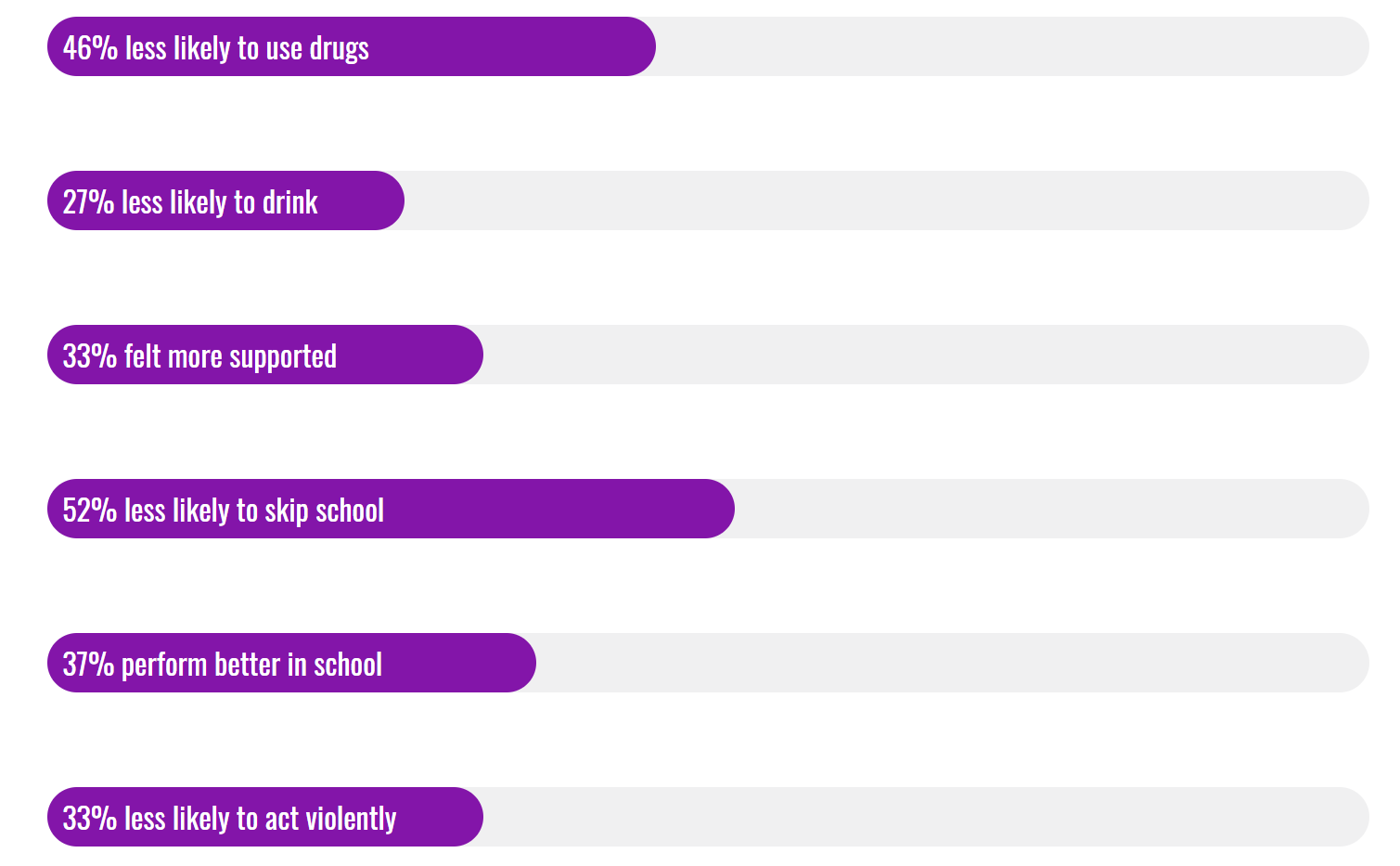 If you are interested in learning more about the organization, enrolling a child or becoming a Big yourself, visit BBBS online.

Newsymom.com is giving readers an exclusive ‘behind the scenes’ look at BBBS through our recently launched Mentor Mondays.