When I was younger, the game of M-A-S-H (Mansion, Apartment, Shack, House) was the roadmap of life.

My friends and I would write out possibilities using only first letters (Should I marry Zack Morris [Z] or Ben Affleck [B]? Will I live in a mansion [M] or a shack [S]?). Then, by process of elimination (the details of which are no longer clear), we’d end up with our life based only on letters. I remember doing this many times to ensure I’d be a pediatrician married to Zack Morris.

I didn’t think much about my life until I was almost finished with high school. When it came time to determine my actual future, I was clueless. No longer able to rely on M-A-S-H, I had to decide on college and what I would study. I let go of pediatrics and chose journalism. It wasn’t an entirely random major…I’d always been a great writer. My mom casually suggested journalism, and it made sense. I applied and was accepted to one of the top journalism schools in the country. 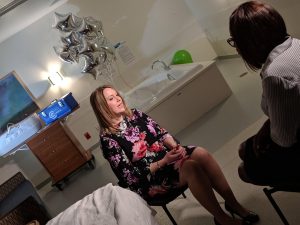 But I didn’t choose newspaper journalism. I chose broadcast journalism. It sounded like a good idea…never mind the fact that, unless I was singing, I HATED being in front of people.

Off I went. I did the boring classes first…the ones that had nothing to do with my major. Then, through a series of events, I ended up back home. I grudgingly signed up for classes at Kent State. I was the girl who swore she’d leave this place, and Kent State felt so sad to me…it was too close. But I didn’t realize there were things I’d need to learn there.

Minutes after receiving my first real news assignment that fall semester, I sat in my car and sobbed hysterically. They wanted me, the broadcast major, to interview someone and be on TV? In front of people? I couldn’t handle it. Terrified, I weighed my options. Newspaper journalism seemed like the only way out without wasting every credit I’d taken, so I sucked it up and made the switch that day. I forced myself to figure it out, even though many moments were pure torture and I wondered why I’d ever even chosen that field.

Fast forward to the end of my senior year. In need of an internship to graduate, I circled every error in the first issue of a new local paper and mailed it to the editor. I was promptly named the unpaid copy editor. One deadline day, the editor didn’t come to work. Using what I’d learned at Kent, I got the paper out on time…and a job as the managing editor.

Two years later, some ethical conflicts forced me to look elsewhere for employment. I found it in the marketing department of a worldwide food corporation. After years of feeling unfulfilled and ignored, I went back to school for my MBA, hoping it would make me less invisible. It didn’t. 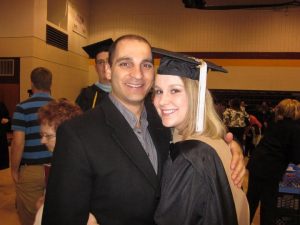 I knew it was time to change. A chance meeting moved me back into the newspaper world as the editor of a small local paper. I was hungry to write and have a voice again. Only this time I was stifled by staffing, ridiculous hours and corporate pressure.

After a few months of playing the game, I jumped full-time into Mary Kay and stopped writing completely. I would proofread friends’ papers here and there, but for years, I didn’t compose a thing.

Until Ashlie was born. The first night in the hospital without her, my husband Tony had gone home to shower, and one of my nurses gave me a journal. I picked it up and started writing. I couldn’t stop. I wrote down our story. How excited we were, how blindsided we were, how I felt in the hours, days and weeks immediately following our daughter’s death.

I captured every tear, every trigger, every disappointment and every moment of unexpected joy. For months, I wrote in that journal, trying to keep the details fresh so I could help other people in the same situation. There will be a book someday. I promise. 🙂

I wrote a poem for Ashlie’s memorial service, stunning my husband and my family at how quickly the right words had come. When we started Ashlie’s Embrace, our business counselor cautiously asked if I could write a short narrative for our website. I quickly composed an email and sent it over. He called immediately, crying, and told me it was the most beautiful thing he’d ever read. 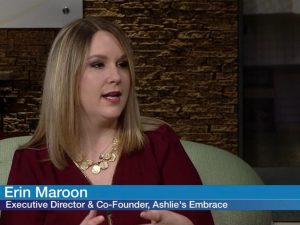 The Kent State training I didn’t want to get has been a valuable way to keep our daughter’s legacy alive and chronicle the life of our son. In addition to this column, I compose the Ashlie’s Embrace press releases, write the heartfelt posts on Facebook and communicate with the media. The most ironic of all is the number of times I’ve been on TV in the last three years. I can’t ignore God’s sense of humor when I’m in front of a camera now, remembering how terrified I was to complete that first broadcast assignment.

Many times, we may think our lives aren’t what we planned. I saw myself as a pediatrician married to Zack Morris. But here I am, nowhere near the medical field and certainly not married to that high school heartthrob. (Tony’s just as dreamy, though. 🙂  ) As a mom, I’ve definitely felt like a failure–like I’m not living up to some sort of expectation that’s been put on me. But what if what we didn’t plan was preparing us for the perfect plan? I never saw my life this way, but every step has led me to this exact place. I’m starting to see how it’s coming together. 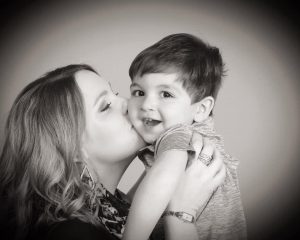 It hasn’t been all sunshine and roses, like I thought. Motherhood is a difficult place, and I’ve learned to have no expectations. My actions and thoughts will help shape our son. I feel a lot of pressure sometimes that it’s got to be perfect. What if I say the wrong thing, do the wrong thing or choose the wrong thing? I might. But it’s going to be OK.

There’s an article by author Nicole Johnson that’s been circulating about how raising children is similar to building a great cathedral. We don’t know the builders’ names or what they went through to get there, but we know that every step led them to the perfect completion.

The same is true for our children. We got this, mama. Even if none of it looks like you planned, you’re working on something beautiful. And it’s going to be perfect.