When I had my son, I was barely 19-years-old. I was young and immature, and I certainly did not know what a healthy relationship looked like or how to obtain it. My son’s father and I tried to make it work for a little while, but ultimately, we could not work out the kinks, and we separated.

This was so incredibly hard for me at the time. I grew up with divorced parents, separate households, visitation schedules, and court hearings, and I experienced first-hand the damage all of that can do a child. I was heartbroken feeling like I let my son down, like I was setting him up for failure because I could not make the relationship work between me and his father. I felt like I should have tried harder, for him. I should have stuck it out, made it work.

What I realize now is this – two happy homes are better than one unhappy one.

I have learned that instead of feeling sorry for my son growing up with separated parents, I need to think of all he is going to gain by our family dynamic. He has a mother and father and a (soon-to-be) step-father who all love him unconditionally. Not every child has that type of support system, and I should feel lucky that my son does.

My son’s father and I are great parents, in our own ways, and when we parent as individuals with a shared goal – having a child who is happy and healthy. We both strive to put him first and do what is best for his well-being. Doing so has helped both of become better parents.

I feel raising a well-adjusted child in the wake of a parental separation is something that so many people struggle with. For a good reason – it’s hard! I am not even close to having all the answers, but I have found what has worked for me and my family, and that is putting my child in the forefront of all decisions. I know this seems obvious to most parents, but even though it sounds easy, it becomes much more difficult when the child shares his time between two households, two families, two worlds where some aspects are the same, but others are very different.

My son’s father and I have become much better at communicating as we value doing what is right for our child versus what we want personally. We have found that the best way to ensure our child is becoming an individual with healthy relationships, good decision-making skills, and positive communication skills is to give him options, ask him questions, and let him choose. That’s right, we let our son choose. We let him choose outcomes that make him feel the most comfortable.

We do have a schedule of when he goes to his dad’s house and when he stays at my house because we all need routine, but there are plenty of days where my son comes to me and says, “I miss my dad. Can I go visit him?” And I respond with, “Of course, call him and see what he is doing.” And any time his father is not at work, he is more than happy to pick him up and spend extra time with him. His dad returns this type of interaction. If it is a day where our son is typically meant to be with him, but there is a family function or friend get-together of mine, he simply asks our son what he would like to do. Then, the decision is made by our son sharing what activity he would like to participate in. Recently, my son’s father’s work schedule changed, and he became no longer able to see our son during evenings like he normally would. He offered to take him to school, which not only helps me out, but also gives him the opportunity to see his son during the week. I have come to appreciate the way we co-parent.

My son understands that he can freely say, “I want to go to my mom’s house,” or “I want to go to a birthday a party with my dad,” and both parents will be okay with it. We want him to know that both of his parents respect him and support his decisions. I feel letting my son share in the decisions that affect his personal time and relationships has helped him grow greatly in independence and confidence. It has also lessened the anxiety that can come from feeling you have to “choose” between your parents. We never want him to feel conflicted in that way. So, we tell him that we are comfortable with whatever decision he makes, that we will never be upset by what he chooses to do. Kids shouldn’t fear speaking their feelings about one parent, worrying that the other parent might be angry or upset. It is a common emotion to miss an absent parent. I want my son’s feeling to be met with empathy and understanding.

Kids have two parents, and if both parents are willing to be involved in their children’s lives, why not let them do so? I understand there are situations where parents are unfit, and therefore, unable to have healthy relationships with their children. I understand strict visitation schedules or lack of a relationship is, at times, necessary. These are also situations where we put our children’s needs first. But, when you have a parent who loves his child and wants to be a part of his life, why stop him from doing so? I would never keep my son from seeing or talking to his father, and I honestly cannot understand parents who do so simply because they can. We need to stop and ask ourselves, are we helping or hurting our children when we make these life-altering decisions for them? As parents, we have the power to do all that we can to set up our children for success. Having two involved, supportive parents can make a world of difference.

Relationships are messy, and they can cause pain and hurt. It’s human nature to want to express that hurt, to get it out some way or another. Pain can reveal itself in angry ways. At times, we lash out. And sometimes, we use our kids to do it. We keep our children from their other parent. We make the other parent jump through hoops to see their child. We make it difficult for that parent to have a relationship with their child.

But, who does that hurt ultimately? The child.

Our children will learn how to treat people by watching how we treat others. They’ll see how we react to situations and start to react in the same ways. Parents are a child’s greatest examples, and we will be the models of how our children learn to communicate, express their emotions, and respond to life’s triumphs and pitfalls.

Communication can be so trying with people who don’t share our same views about how things should be done. But we have to try for our kids. We have to do our best to communicate in ways that are effective and create solutions instead of more problems. We need to admit our faults and be understanding of others’ mistakes. We need to find ways to agree on bedtimes, and extracurricular activities, and schoolwork, and chores, and rewards, and punishments, and evening routines. We need to compromise, sometimes, as hard as that is to accept. Because our kids deserve to have parents who respect one another.

Co-parenting is hard. I don’t agree with every decision my son’s father makes, and I’m sure he doesn’t agree with all of my choices. Of course, there have been times when my son has told me about situations at his dad’s home, and I haven’t agreed with how they were dealt with. But, such is life. I am not going to agree with every decision that another individual makes. Have there been times that I have wanted to vent about a situation that made me angry or upset? Well, yeah! But, those conversations should be held with others adults, not children who don’t understand adult relationship and adult situations. I have never and will never bash my son’s father in front of him. He loves his father, and I would never wish to distort my son’s view of him.

I’ve learned that not everything can be under my control. And though it has been a difficult lesson to learn, I’ve had to come to grips with the fact that not everyone is going to side with me and do things my way, and that doesn’t make it wrong. What I can control? I can model the values in my life and in my home that I want to instill in my son. It’s not my job to judge how others live their lives, my son’s father included. My son and I have open communication and are honest with one another. We communicate about things he encounters and will likely encounter in the future, and we discuss ways to appropriately deal with them. When one of these conversations includes his father, we still discuss it, but I make statements such as, “Your dad makes his own decisions.” “People are responsible for their own actions.” “I make the rules for my house, and your dad makes the rules for his house.” This has helped me explain to our son that the two households he lives in may have different rules and ways of doing things, but in a way that doesn’t make one parent or the other “the bad guy.” Through having these conversations, my son is going to learn how to make his own choices, deal with the consequences of his actions, and learn right from wrong.

Sometimes, I want to be selfish and keep my son all to myself. I miss him every day that he is with his dad, but I also know that he is being provided for, being loved, and having fun while he is with his father. And if I didn’t want that for him, I wouldn’t consider myself a good mother. My son looks up to his dad, and thinks he is the coolest guy there is. They have an amazing relationship. What kind of person would I be to hinder that? Why would I speak badly of someone my son loves so much? I would much rather do what I can to strengthen their connection. My son has two parents, and he loves them both equally. He has a different type of relationship with me than he does with his dad, but both relationships are valuable and hold great importance in my son’s life.

I can’t speak for every child or every family, but I can speak to what works in mine. Co-parenting is tough. But, when my son is up to bat, when he is earning his Cub Scout badges, when he is scoring a touchdown, and he turns and looks out into the crowd, do you know what he’ll see? He will see his mom, his dad, and his step-dad all sitting together. He’ll see family members from all sides rooting him on. And, that is what he will remember. That is what is most important. 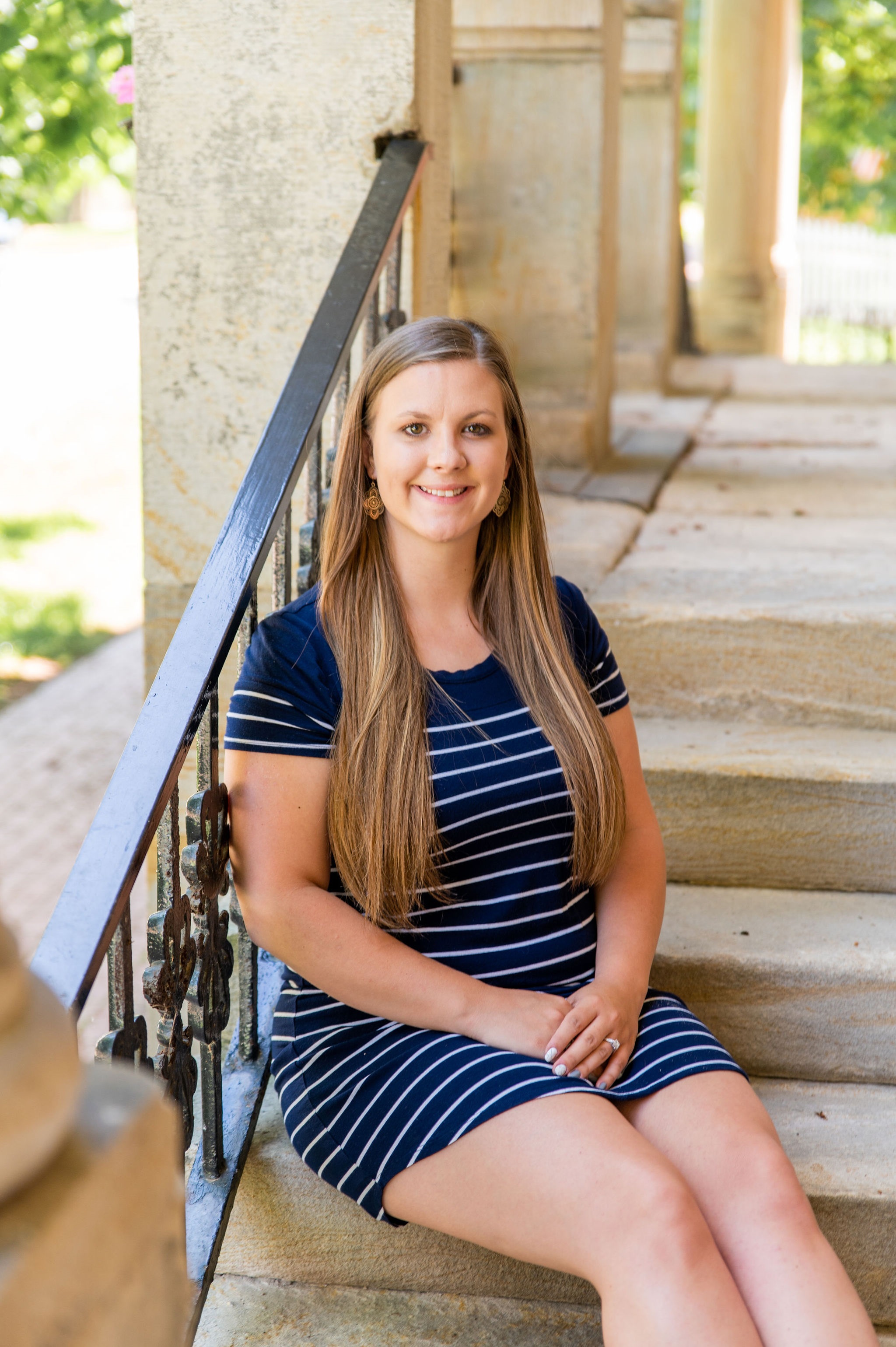 1 thought on “How We Do Co-Parenting”