Law enforcement officials in Stark County, Ohio portray true heroism as they jump into action to save two children trapped in a vehicle that crashed into a creek. 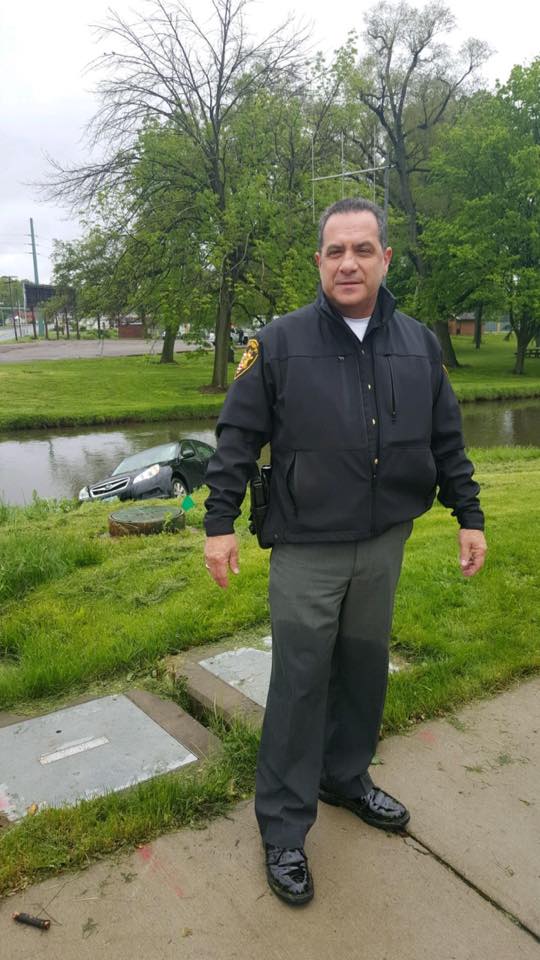 Today in Canton, two law enforcement officials happened to be in the right place at the right time.

As Canton Police Officer Jeff Hothem was conducting a weigh of a vehicle near Fulton Road NW, Stark County Sheriff George T. Maier was sitting in his cruiser at a stop light not far away.

A parked vehicle in a lot in the same area somehow slipped into gear. The car coasted across four lanes of traffic and into a nearby creek.

Reports indicate a semi hit the horn, catching the attention of the Sheriff and the Canton officer.

Sheriff Maier and Officer Hothem sprung into action and raced to the scene as water began to submerge the vehicle.

Without hesitation, Sheriff Maier jumped into the cold water where he quickly discovered two children trapped inside the car. After trying to open locked doors and even an attempt reportedly to break the front windshield, Sheriff Maier was able to make entry into the vehicle through one of the back passenger doors and pull the kids to safety.

Officials confirm one child was around 3-years-old and the other around 18-months-old. Sheriff Maier and Officer Hothem then tended to the children, whose mother arrived at the scene a short time after. She was standing next to the vehicle when the situation occurred.

The three were kept warm in the Sheriff’s cruiser until medics arrived on scene. The two children were not injured.