Erin’s Law, originally in House Bill 105, was inserted into Senate Bill 288, which is a criminal justice bill. The change was made Thursday, December 15th. The move came after HB 105 passed 79 to 7 and the Senate voted to concur with amendments made in the House 28 to 1.

The approval comes after the bill was introduced four previous times, but never passed until this year. It’s now on its way to Governor Mike DeWine’s desk. 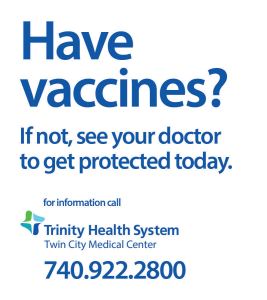 Erin’s Law is named after Erin Merryn, of Illinois. She has worked to see similar bills passed in dozens of states. Two men sexually abused her when she was a child and she later suffered from an eating disorder and behavioral problems as a result. She has noted that children learn about ‘stranger danger,’ but few learn that a vast majority of people who sexually abuse children are people they know. An amendment has been added that would exclude organizations associated with abortion from providing content for the instruction.

Additionally, the amendment also requires that law enforcement provides training to teachers before they are permitted to offer instruction to students. If the bill passes, Ohio would become the 38th state with the law.