Things are back to normal in the Massillon City School System following a shooting at a nearby hospital.

Few details are known at this time, but police have confirmed one person was killed and another was taken in for emergency surgery.

Massillon City Schools took to Twitter to announce the school was under lockdown after police notified the administration of the shooting.

Officials note the all-clear was given a short time later.

Due to the situation, school buses were reportedly running roughly 30 minutes behind schedule.

The school district Tweeted an official statement following the incident: 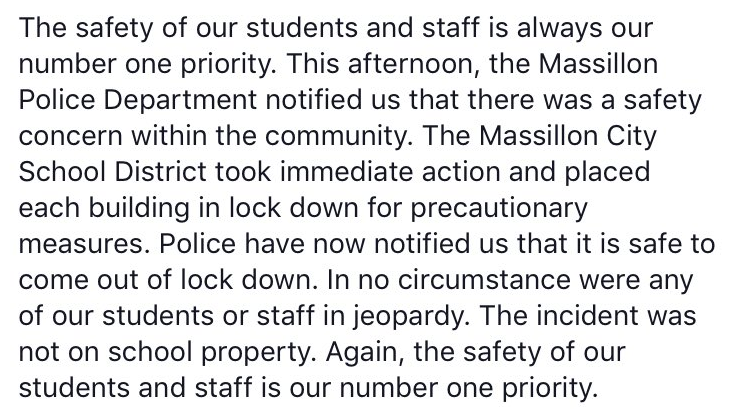