14 judges at a Conservancy Court session of the Muskingum Watershed Conservancy District appointed 5 new members to the Board of Directors.

New Philadelphia, OH (June 9, 2022) — Retired Major General Ronald (Ron) E. Dziedzicki, to fill a vacancy on the five member MWCD Board of Directors. Dziedzicki, of Medina County, was appointed to a three-year term on the Board of Directors during the Court’s session held Friday, June 3, in the Tuscarawas County Courthouse at New Philadelphia. Dziedzicki fills the unexpired term of Clark E. Sprang of Holmes County who is relocating out of the area. Sprang has served on the MWCD Board since June of 2015. 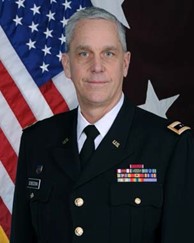 Ron served in the United States Army Reserve for 32 years attaining the rank of Major General and retired in 2016. His last duty position was as the Commanding General for the 3rd Medical Command (Deployment Support). His military awards include the U.S. Army Distinguished Service Medal, U.S. Army Legion of Merit (LOM), Meritorious Service Medal (4 OLC), Army Commendation Medals (4 OLC). In addition, he is a Member of the Order of Military Medical Merit.

Since retirement from the US Army and University Hospitals he performs independent work for a variety of consulting firms – US and International. In the areas of healthcare operations, physician practice management, leader development and strategic planning.

The court also reappointed James A. Gresh of Stark County for a second term on the board.

“I congratulate both Jim and Ron on their appointment to the Board of Directors”, said Craig Butler, MWCD Executive Director.  “Jim has provided strong leadership in his first term on the board, and I am excited for his return.  I also welcome Ron to the Board.  Ron has been an active member of our Development Advisory Committee and is committed to assisting MWCD grow and make positive impacts to residents and the area as a member of the board.”

Other members of the MWCD Board of Directors include President, Gordon T. Maupin of Wayne County, who is the retired Executive Director of the Wilderness Center; Joanne Limbach of Tuscarawas County who is the former Ohio Tax Commissioner and Tuscarawas County Commissioner; Robert S. Moorehead of Guernsey County who is a retired Guernsey County Judge.

Members of Board of Directors are appointed by the Conservancy Court to oversee the operations and business affairs of the MWCD, which manages more than 57,000 acres of land and water dedicated to public use. Board members meet once a month in open, public session.

The MWCD, a political subdivision of the state, was organized in 1933 to develop and implement a plan to reduce flooding and conserve water for beneficial public uses in the Muskingum River Watershed, the largest wholly contained watershed in Ohio. Since their construction, the 16 reservoirs and dams in the MWCD region have been credited for saving over $7 billion worth of potential property damage from flooding, according to the federal government, as well as providing popular recreational opportunities that bolster the region’s economy. A significant portion of the reservoirs are managed by the MWCD and the dams are managed for flood-risk management by the federal U.S. Army Corps of Engineers (USACE). For more information about the MWCD, visit www.mwcd.org and follow the MWCD on Facebook and Twitter.