I feel I’ve written this anecdote, and then started over, at least twenty times. So hi there! Let’s try this again.  My name is Gabby! The readers (like you!) at Newsymom haven’t heard from me since I’ve joined the time, and for a pretty good reason. I’ve been neck deep in a crazy wedding season (full-time wedding photographer here) and in the off time I’ve been doing my best to relax as I’ve been quite preoccupied with growing a person and was gearing up for delivery. A week ago today I gave birth to my third child, a beautiful baby girl named Natalie, and emotional is just the tip of the iceberg, really.

It’s been more than six years since I’ve had a baby. After my son Ethan came along in 2011, following his older sister Sophia, I was sure that was the last of my baby-making business. But four years later I had remarried the man of my dreams and was talking about more tiny humans. I was sure I had lost my mind, and several times over I second-guessed the decision. But my husband was so wonderful with my older two, and there were so many times I’d look over at him being a pretty deadly dude, and think “I could totally have his babies.” I caved without much of a fight. It took a bit of work (I mean, at least it’s fun work?) and a few months before our second anniversary, we finally got our little plus sign.

So on October 4th, 2017 Natalie Marie came earthside. She was born weighing in at 7lbs 5oz and 19 inches long. She’s my smallest yet. Her sister and brother before her were chunky 8-pounders. For the first time, I chose to have an epidural. (This is where “Now I’m a Believer” begins to play in the background) I delivered the aforementioned chunky siblings without an epidural. Don’t be like me. Get that epidural and save yourself the screaming. Oh, my gosh, what a wonderful experience! I was also induced with Pitocin this time. That was… different. And by different, I absolutely mean much harder than typical contractions, which is why I got that epidural. On the upside, while it took a while to get to 5cm, we went from 5 to 10 within an hour, and then I had her out in three pushes. So that was kind of amazing and totally worth it.

I’m breastfeeding! I’m still working out the kinks, but we’re doing it! I have my first post-baby wedding on Friday and I have to confess that I’m kind of having anxiety about making sure I’ll have enough pumped to leave for grandma while I’m gone. I feel like Natalie inhales her milk when given it through a bottle, so you really have to pace her and that makes her pretty hangry. But otherwise she’d eat all day if she could and I just don’t have enough coming in for that quite yet. So grandma is going to have to ration this stuff, or our little piggy would have the supply gone long before I return!

We have been told that Natalie has failed her hearing screening, twice, and both times it was her left ear. Everyone (including her pediatrician) keeps downplaying this and saying it will likely turn out to be fine after I see the audiologist… which I’m required to follow up with, by the state. But can I just say that it is super annoying that we even have to go see the audiologist if it’s likely nothing, just to be told, “Nah, she hears just fine.” What working parent has the money to go see a specialist for something that is “probably” okay?

Good parents who go anyways, I guess (but are still sure as heck going to whine about it when the bill comes.)

This first week has been an absolute whirlwind. We had a plan and a schedule in mind for how we would trade off sleeping and sharing responsibilities once the baby came along. Then she showed up m, and she said “Hahahahahahaha… No.”

This kid has her nights and days totally backward. She’s wide awake and feeding frequently between the hours of about 10pm until 4am. My husband works overnights so that means all of that is on me. When she finally goes down sometime between 4am and 5am, I pump a bit and then I crash out for two to three until he’s home from work, which is also around the time the older kids are waking up for school -and- she’s waking up and needing to be fed again. Once they’re off to school, he and I both sleep on separate couches in the living room while she’s in the napper nearby, and we trade off baby duty throughout the morning and early afternoon. We’ve been doing good to both be up and moving with coffee in our hands by 2pm every day, just in time to get a few basics accomplished (laundry and tidying up, pulling out whatever’s for dinner later) before the kids come home from school after 3:30. Our afternoons and evenings, which I had expected to be chaotic with all three kiddos to manage, actually go pretty well because Nicholas and I make a pretty sweet team, even if an outnumbered one.

Here’s the biggest change/obstacle ahead— I used to have an office routine that had me at my desk editing, answering emails, and generally available to clients from about 11am until the kids came home after 3pm. Obviously, that’s when I sleep these days. So since I’m up all night with a wide-awake baby anyways, and Nic is at work, that’s when I’m going to be working from now on when I return to the grind next week. I mean, I guess it’s cool that as a mostly work-from-home mom I have the luxury of setting those hours. It’s just such a drastic change of schedule. Wait, what am I saying? I don’t have that luxury. I’m the mother of the newborn. She’s setting the schedule, let’s be real.

So anyways, that’s my crazy (beautiful) life lately. You can expect a few glimpses into the folds of chaos in the future when things settle down around here and I can start actually “contributing” as a Newsymom Author… (I’m such a freeloader.) For now, there are tiny humans to cuddle! 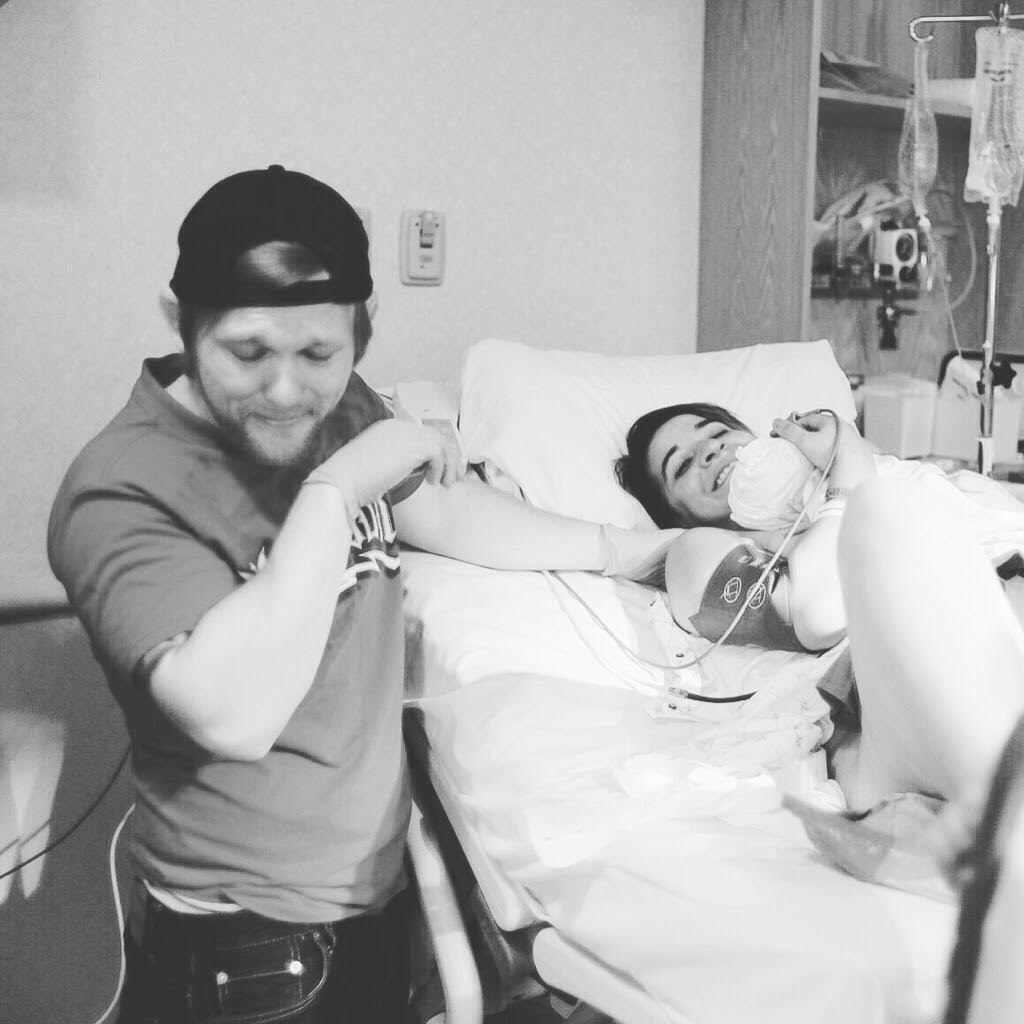