Ohio’s Attorney General is urging Ohioans to consider becoming foster parents as the need dramatically increases in the face of the opioid epidemic. 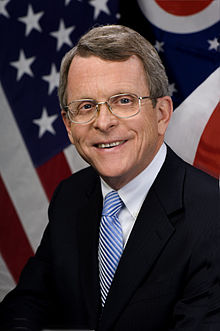 (Ohio) – DeWine’s call to action came at a news conference Thursday morning where he also discussed several efforts to help to become a foster parent easier, including expediting background checks.

“There is a growing chasm between the number of available foster families and the increasing number of children who enter the child welfare system because one or both of their parents are drug addicts,” said Ohio Attorney General Mike DeWine. “Today I want to issue a call to Ohioans who may be interested in being a foster parent. I ask them to make that leap and open their home to a kid or kids who could use a stable, loving home.”

DeWine noted statistics on how the opioid epidemic has impacted Ohio’s child welfare system, including:

DeWine was joined at his news conference by several Ohioans who work in foster care, including Kristi Burre, Deputy Director of Protective Services at Fairfield County Job and Family Services, and Kate Yonkura, a foster parent from Delaware County.