On Saturday, December 16th a large crowd of deputies and other Stark County Sheriff’s Office staff members gathered early at the office to welcome children for the annual Shop with the Sheriff.

One by one the children entered the lobby of the Sheriff’s Office. Each one was given a warm and very loud welcoming.

Then, 34 children were partnered up with one or more sheriff’s office staff members as they made their way into the office training room where they found Santa Claus, Mrs. Clause and their number one elf waiting to greet them.

Next, it was time for pancakes and juice, courtesy of the Louisville McDonalds.

The children laughed, and the parents smiled as stories shared and memories were made. 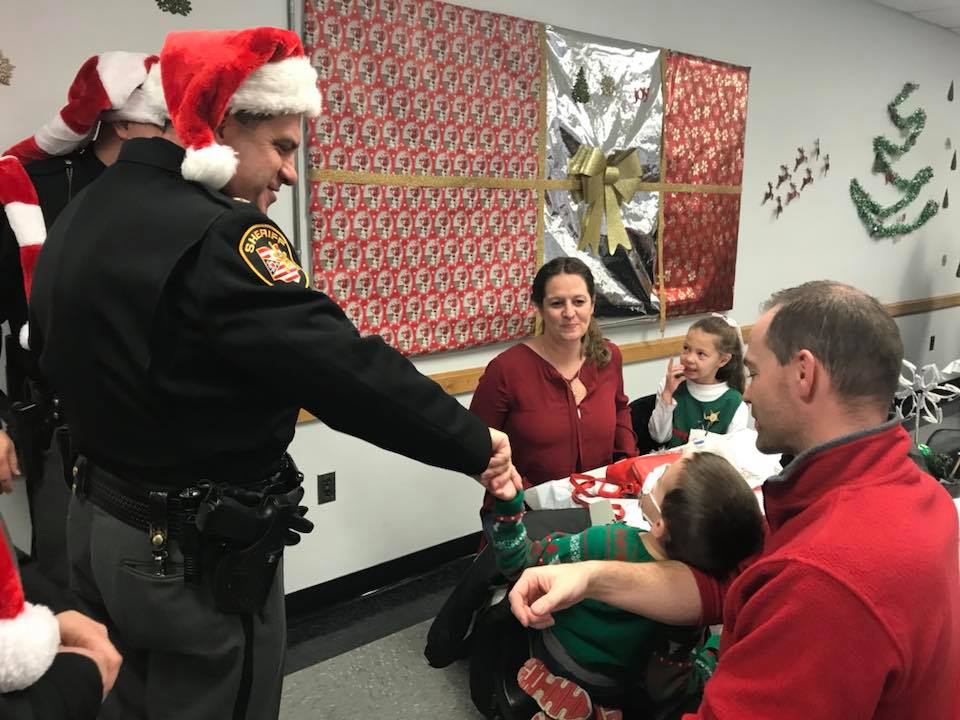 But, the fun didn’t end there.

At 9:00 a.m. the children and the staff were loaded into cruisers and transport vans as they were given a formal procession that temporarily closed U.S. 62. With lights and sirens on, the caravan made its way down the highway a short distance to Walmart.

The kids piled out of the vehicles and the smiles were bigger than ever.

Then, it was time to shop!

The crowd raced to the front door of Walmart where many store employees gathered to welcome them.

But, the children weren’t the only ones laughing, goofing off and having a wonderful time.

Not to mention, two Louisville residents who happened to be at Walmart last year for the event, returned this year so they could simply watch all of the fun.

The event not only moved those two women but also many others. Several approached staff members to make donations to help with next year’s event. 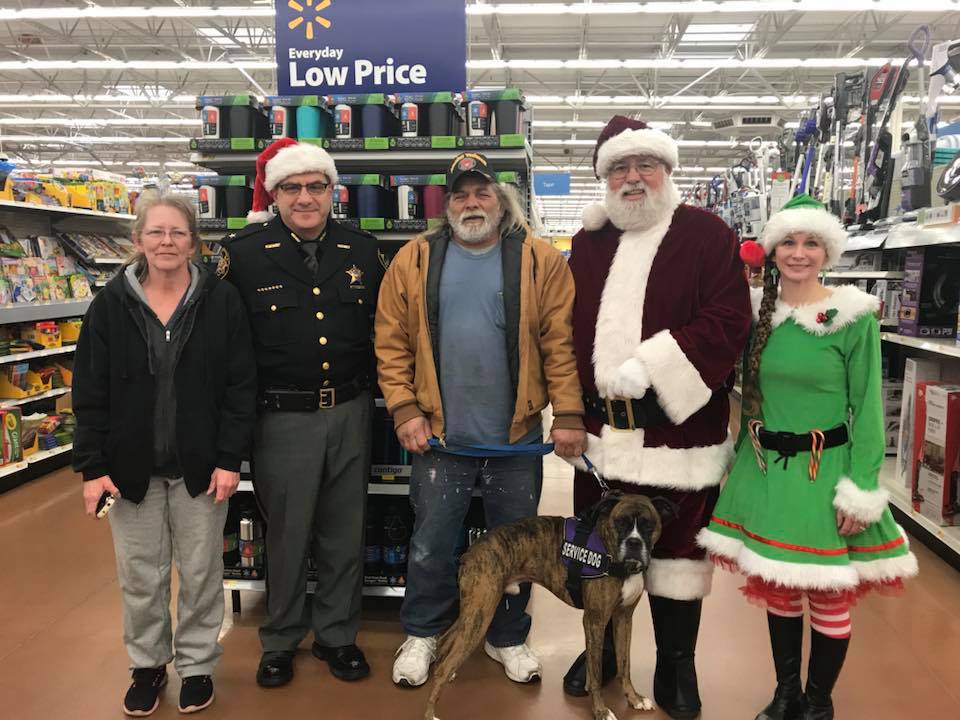 Each child was given a budget that allowed them to get needed items such as coats, hats, shoes, and clothes as well as plenty of toys, video games, DVDs and more.

Once their carts were full, they made their way to the front of the store where the Stark County Sheriff’s Office Wives Committee was ready to help bag up all of their exciting finds.

But, even then the fun still wasn’t over.

The caravan ran again with lights and sirens down U.S. 62 back to the Stark County Sheriff’s Office.

The children were taken back to the training program where printed photos of them with Santa were waiting along with a special gift.

And just how much fun did the children have? This little guy tells you in his own words:

In a press release announcing the event, Stark County Sheriff George T. Maier explained, “No child should go without, especially around the holidays. Here at the Sheriff’s Office, we not only have a mission to protect but a mission to serve. Giving back to the community is a welcomed part of our job.”