(New Philadelphia, Ohio) – Teens often hear that vaping is not as bad for their health as smoking cigarettes and many think there is no harm, but that simply is not the case.

This informational series is brought to you by the Tuscarawas County Anti-Drug Coalition.

What is the appeal?

Although vaping was intended to be a less harmful option for adult smokers,
teens and young adults have embraced it for several reasons. First and foremost
is a sense of curiosity, followed by the many kid-oriented flavors offered. It’s not uncommon for kids to try out each other’s vapes at parties to check out flavors like German Chocolate Cake or Banana Split and then post vaping videos
on social media.

Teens are increasingly becoming interested in “cloud competitions,” in which
adults compete to perform the best vaping tricks. In addition to being featured
on social media, cloud competitions are becoming a regular feature at local
vape shops with some offering thousands of dollars in prize money.

Boredom is another reason cited by many teens. It can be habit-forming, much
in the same way teens check their phones in free moments. It’s easy to take a
quick puff.

The short answer is that vaping isn’t considered safe for teens and young
adults, especially since their brains are still developing. Vaping is a relatively
new phenomenon. As a result, long-term studies that examine its impact on
teen and young adult health and behavior have yet to be concluded.

Nicotine exposure in teens and young adults is worrisome because nicotine
can be highly addictive. Due to the fact that the brain is undergoing massive
changes during adolescence through the mid- to late ’20s, nicotine use may
rewire the brain, making it easier to get hooked on other substances and contribute to problems with concentration, learning and impulse control.

What are the Signs of Vaping? 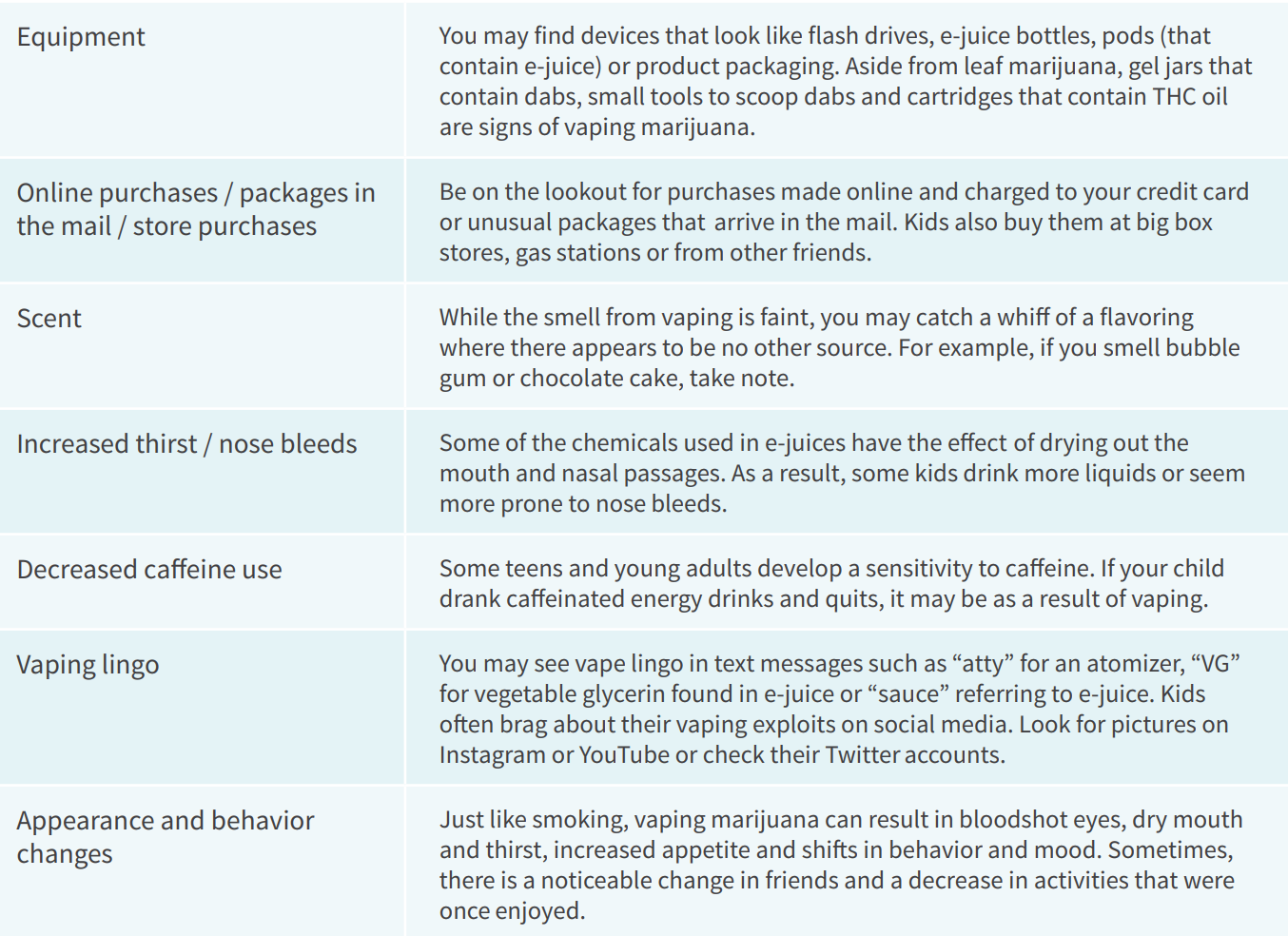 For more information regarding tobacco and other substance use prevention measures, visit adctusc.org.