Exclusive 2018 Event Showcase – Grammy Award-winning singer, songwriter, and musician will rock the halls of the Performing Arts Center in New Philadelphia this week. 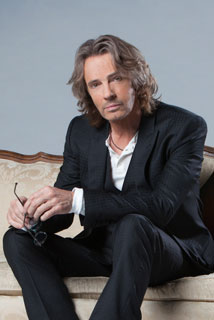 Over the past three decades, Rick Springfield has worn many hats as an entertainer and performer. He is the creator of some of the finest power-pop of the ‘80s who has sold 25 million albums and scored 17 U.S. Top 40 hits, including “Jessie’s Girl,” “Don’t Talk to Strangers,” “An Affair of the Heart,” “I’ve Done Everything for You,” “Love Somebody,” and “Human Touch.”

His tenure as a successful, passionate and dedicated performer has earned him a powerful connection with his legions of devoted fans.

A humble man, Rick doesn’t get too involved in discussions surrounding his success, but he does acknowledge that the fans connect with him through music.

“I guess they think I’m honest,” he explained. “They must like my approach, what I write about. I think they like that I have a sense of humor in it at times. Because the ‘cute’ thing isn’t going to last forever.”

The Performing Arts Center will welcome Rick Springfield to the stage on Friday, January 5th at 7:30 p.m. Tickets start at just $5.