We all have our routines.

The things we do that keeps us going in the mornings. You don’t realize it until that routine becomes somewhat unavailable…

Coffee. That’s my routine. I wake up, get a cup of coffee and start my day.

It wasn’t until my daughter came along, did I decide to give coffee another chance. I was always jealous of those people who had a natural taste for it, posting their cute Starbucks coffee selfies – with their beanies and half fingered mittens. Every time I would try it, I would make the face like I’m tipping back a shot of whiskey or being repeatedly sprayed in the face with that super sour, super gross, WARHEADS spray my son makes me try.

It’s amazing the things you’ll try when you have a daughter who doesn’t sleep, screams all the time and makes you question your sanity. Although those times have subsided I’ve grown to love my coffee addiction- joining the almost cult-like following on social media.

Sharing all the memes like “Coffee-because crack is bad for you, or when the first cup of coffee touches your soul”

Back to my original thought “you don’t realize until its gone statement.”

One morning I woke up and my coffee maker took a dump. It was leaking from the needle, would make half cups of coffee whenever it felt like it, and they normally tasted like watered down diarrhea. 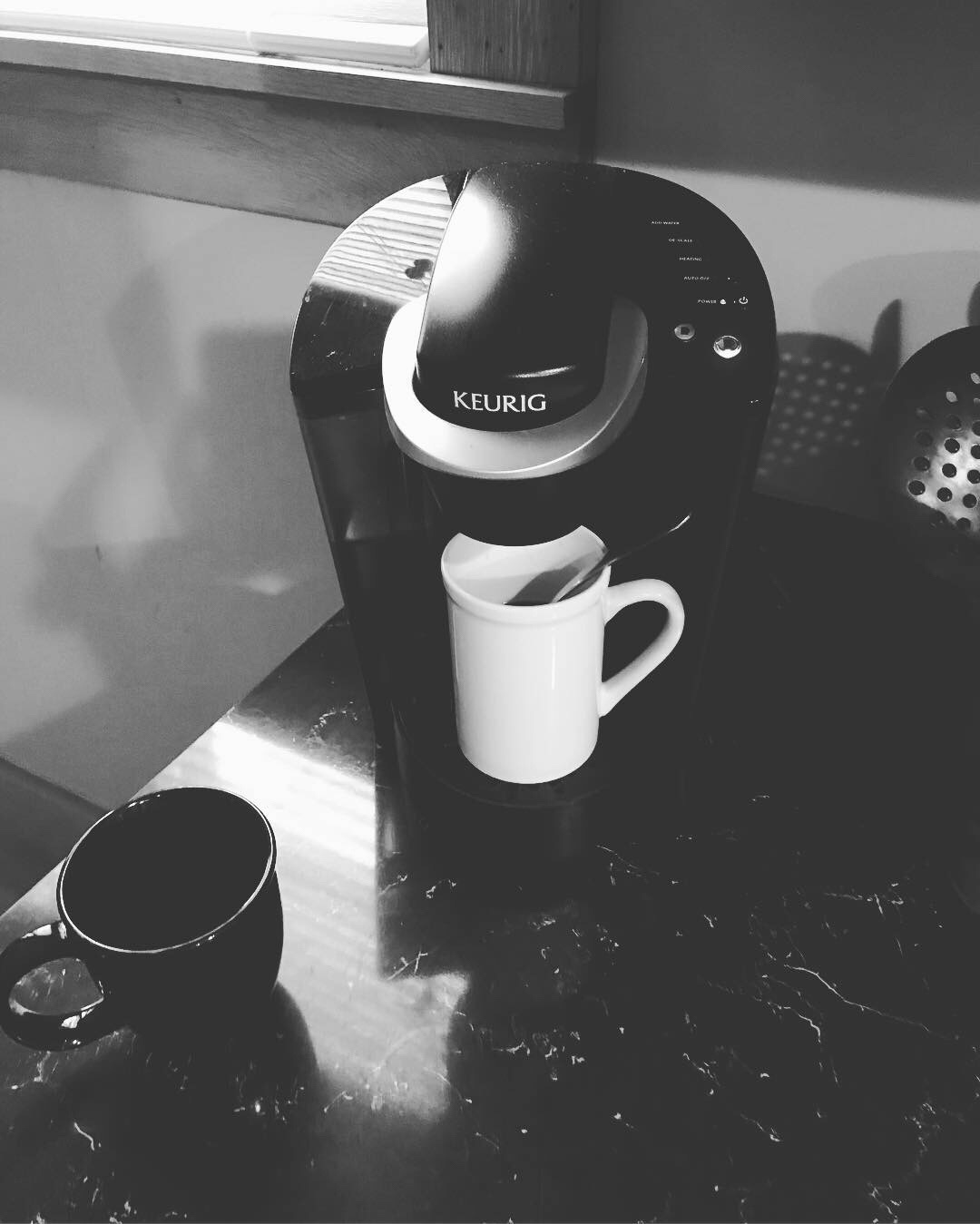 Due to a friends persuasion (because drinking watered down crap wasn’t enough) I ordered a new one. Anyone who knows me, knows I’m a tightwad. I rarely pay full price for anything – so off to eBay I went. This is where it gets…….. umm…….. good…..

The first Keurig I bought was from a seller that had good reviews and the normal crap you check when you buy something from eBay. It was the big fancy one. With all the bells and whistles, LCD panel, timer, all that jazz.

Finally, I ask for a refund and get my money back.

Not learning my lesson in the least bit, I order another one. Same scenario. All the bells and whistles. I’m in a bidding war over this stupid thing which automatically means I’m most likely buying it because competitiveness is a weakness of mine or strength depending on the situation.

Pulled it out of the box and it’s wet.

Obviously not “NEW” as it was advertised.

Let’s not forget, I’m now three weeks deep with mediocre coffee – out of a dying Keurig. People are starting to notice my soggy attitude.

I plug the thing in and it will not turn on. If I didn’t want my money back I would have taken it out back and beat it with a sledgehammer. My “soggy attitude” at this point is getting much more aggressive.

I have to open a case on eBay to get my money refunded and ship it back to them. They allow it since when I called Keurig and gave them the serial number they told me it wasn’t new, had replaced parts, and whoever had it previously had their account flagged for fraud.

I loaded it all up and took it to the post office. I soon get a call to come back and get it because it just peed all over the post office floor. I am laughing hysterically by this time.

I apologize to the postmasters and make them endure this same story I’m sharing with you now. I took it to my moms, dried it out the best I could, wrapped it in a black trash bag, and duct taped it inside a box.

In the meantime, my daughter is stomping through “muddy puddles, like Peppa Pig” when she got out of my car. Naturally – before we get back to the post office to drop the package off she has mud smeared on her hands, pants, and forehead from picking it off the bottom of her shoes.

I go home and decided that buying one at full price is most likely my only option. But the Kermit The Frog meme inside of me is like being a tightwad Jess, use google to get a deal, Jess.

I find this amazing deal on QVC. Brand new Keurig- A RED ONE – OH LA LA, with replacement filters, coffee, and a reusable K-Cup for half price.

I repeat to myself how awesome I am at finding deals and my husband is totally annoyed with the entire last month of coffee maker fiascos.

Here is the kicker.

IT HAS ARRIVED. THE EAGLE HAS LANDED!!!

My new beautiful red coffee maker is sitting on my front porch. Like a kid on Christmas I run outside and NO LIE (I cant make this stuff up)

A BIRD CRAPPED RIGHT ON MY BOX!!

My husband and I laugh hysterically and I brew me up some of the best bird poop coffee I’ve ever had. 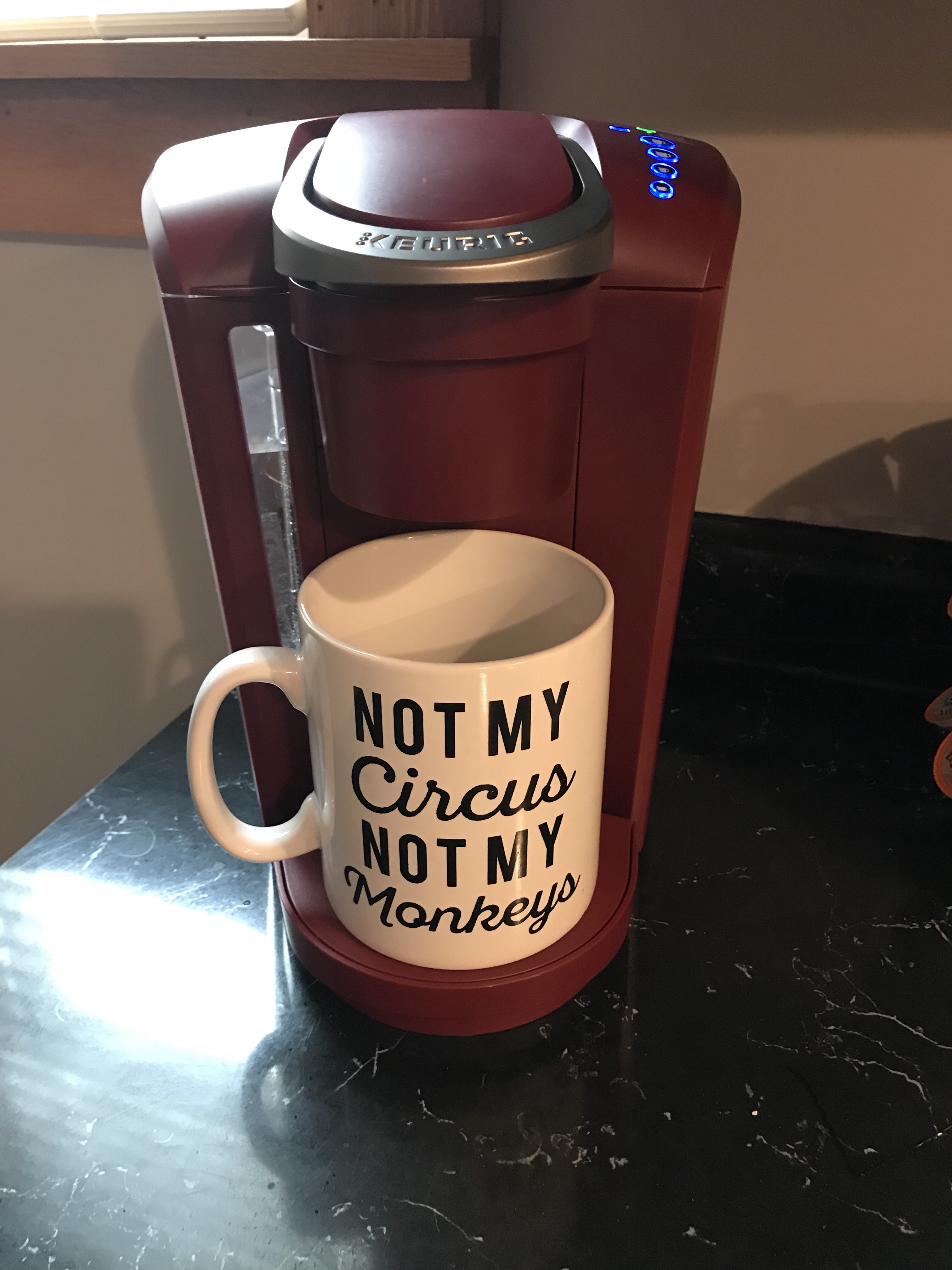