A Stark County woman is handed her sentence in the death of an infant in her care.

52-year-old Mary Ferster of Plain Township pleaded guilty last month to involuntary manslaughter in the death of Kensington Millard. The baby girl was less than four months old when she died from asphyxiation on September 9th, 2016. 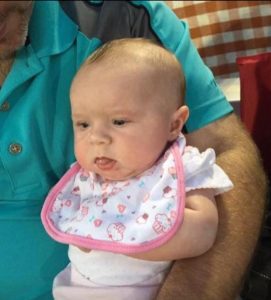 According to the Stark County Prosecutor’s Office, Ferster had operated an unlicensed in-home daycare center at the time she was caring for the infant and other children. According to police records, Ferster placed Kensington in a playpen face down. The baby had a pacifier strap attached to her clothing.

Court records indicate the playpen was in the basement of Ferster’s home where the child was left unsupervised for more than three hours. Ferster found the child unresponsive and medical professionals determined the infant had suffocated because the pacifier strap obstructed her nose and mouth.

Kensington’s mother, Amanda Millard, spoke at Ferster’s sentencing hearing this week where she explained her daughter was her greatest joy.

As part of the plea agreement, Ferster received probation and no prison or jail time unless she violates the terms.