According to research conducted by Safe Kids Worldwide, 64 % of parents and caregivers at car seat checkup events were not using the top tether to secure their car seats in their vehicles. 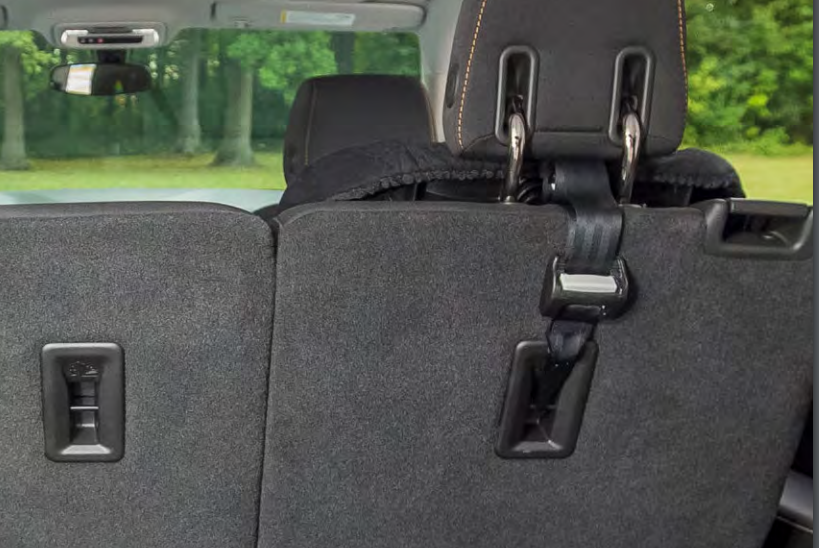 Officials note these statistics are staggering considering without the top of the car seat secured, it can move an additional 4-6 inch further than if the tether were used. Safe Kids Worldwide representatives say this could mean the difference between a serious head injury and no injury at all.

The research adds that many parents and caregivers aren’t even aware that the tether exists.

Safe Kids Worldwide and Chevrolet have teamed up to spread awareness about this issue.

“What people need to understand is that a car crash is an extremely violent event and the car seat, through the harness and shell, absorb the dangerous crash energy, deflecting it away from the child,” Lorrie Walker, Child Passenger Safety Expert for Safe Kids Worldwide told Newsymom.com. “It needs to be used according to manufacturer’s instructions so the child gets the full benefit of the safety that is built into the crash-tested car seat.”

Walker noted, the tethers may be harder to locate in older vehicles, but they are there. She explained that the tethers are usually right behind a seating position either on the package shelf, midway down the back of the vehicle seat or on the floor of an SUV.  The anchor will have a marking that looks like a ship’s anchor. Many newer vehicles such as vans, SUVs, and crossovers may have additional tethers.

Walker encouraged parents and caregivers to turn to the vehicle’s owner manual if they are having a hard time locating the tethers.

“Parents need to know that every person who transports their child will attach the tether because it makes the child safer,” Walker explained. “It is already on the car seat, nothing extra to buy, and the car already has the anchors that secure it to the car at no extra cost or installation.”

According to Walker, car seat misuse continues to be a critical issue across the country. She noted the 2015 misuse figure of 46% from the National Highway Traffic Safety Administration (www.nhtsa.gov; DOT HS 812 157) is less than what is often reported from local checkup events which can be as high as 90%.

Many car seats have multiple misuses such as a loose harness, a loose installation of the car seat to the car, turning a baby less than 2 forward-facing, moving too quickly to the next seat, failing to follow all the instructions from the manufacturers and more. Each error, Walker noted, can reduce the effectiveness of the car seat.

Walker strongly recommended that parents and caregivers conduct thorough research before installing a car seat and even suggested they have a Certified Child Passenger Safety Technician (CPSTs) check to be sure it is in fact installed correctly.

You can find more information about this how to properly use the tethers here.