On Monday the Claymont City School District Board of Education unanimously accepted a resolution to terminate Athletic Director Scott Beckley.

According to a press release issued by the district, the move came due to “good and just cause.”

Superintendent John Rocchi explained Beckley disrespected him directly and was unprofessional during meetings on December 8th and December 9th of 2015.

He explained cash funds that were to be deposited into the appropriate district account were instead found in a safe in the Athletic Director’s office.

On Monday the Board received a final report from Referee Lee T. Skidmore that came following witness testimony and documentary evidence presented by parties over the course of a three-day hearing.

Superintendent Rocchi noted Mr. Skidmore’s report upheld all of the issues brought forth by the district.

Mr. Beckley’s termination is effective immediately and the district has named Garth Evans as Interim Director. He’s under contract through July 31st, 2018.

The full report issued by Mr. Skidmore can be found here.

The resolution approved by the Claymont City School Board of Education can be found here. 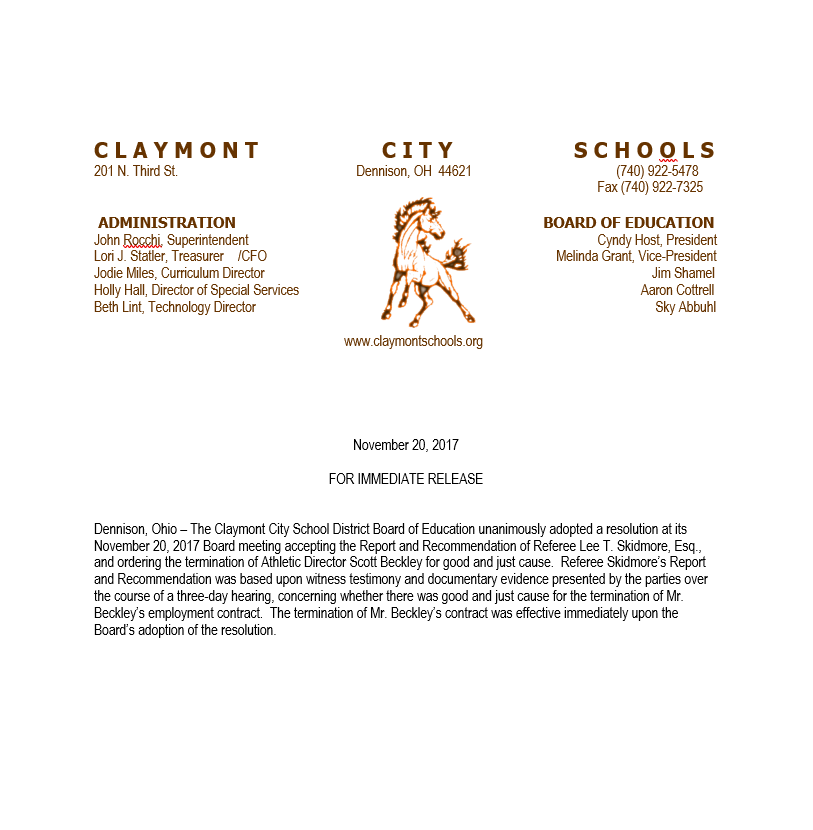