I recently read an article called My Husband Didn’t Know He Needed a Daughter. It struck a cord with me, the difference between her husband and mine is that my husband longed for a daughter.

His first son was born, three years later our son was born, I found out his gender as soon as humanly possible. We had the shower, started the baby room, anything that new parents do.

Quietly, he sat back and watched me revel in my excitement. He went through the motions gingerly making comments like I wonder if I’m ever going to be able to have a girl? He is one of seven children on his dad’s side and only two of them are girls. He was certain he wasn’t capable of producing a girl.

I was happy with a healthy baby no matter what it was but parts of me was scared to death of having a girl.

I grew up with all boys.

I’m horrible at dressing myself.

The thought of a little girl terrified me. Time passed and three years after my son I was pregnant again. I knew this would be my last and I pushed the issue of not finding out the gender of this baby. He pushed back, I caved. We went into the ultrasound and I figured, to appease him I would find out the gender.

Low and behold the baby had it’s legs crossed. I was in heaven! This meant 4 weeks before my due date was the next ultrasound and I had all that time to convince my husband we didn’t need to know.

I went along my way and you’d be surprised at the amount of opinions you get when you don’t find out the gender of your child. Mostly surprised, but some people were down right upset about it.

Thirty-six weeks came and he was devastated he couldn’t make it to the ultrasound because of work obligations. Being the good wife that I am – I had the technician put a card in an envelope and sealed it up to give to him revealing the gender. I couldn’t hardly stand it but I powered through. I remember him opening the card. I was hiding in the bathroom trying to catch his reaction.  His back was facing me as I Sherlock Holmes the mirrors to look at him as he opened the envelope. He looked at the ceiling and shut the door. He was on to me.

Before opening the envelope I begged him not to tell me. I had come so far I didn’t want to know. He was stead fast for about a day. He went shopping and tucked it all in the closet of the nursery.

Fast forward to delivery we had a beautiful baby girl. His astoudment at her birth was so sincere. I remember him saying I can’t believe how much she looks like Payton. The only difference was Presley was born with miniscule blonde hair and Payton was born with a complete wig of black hair. 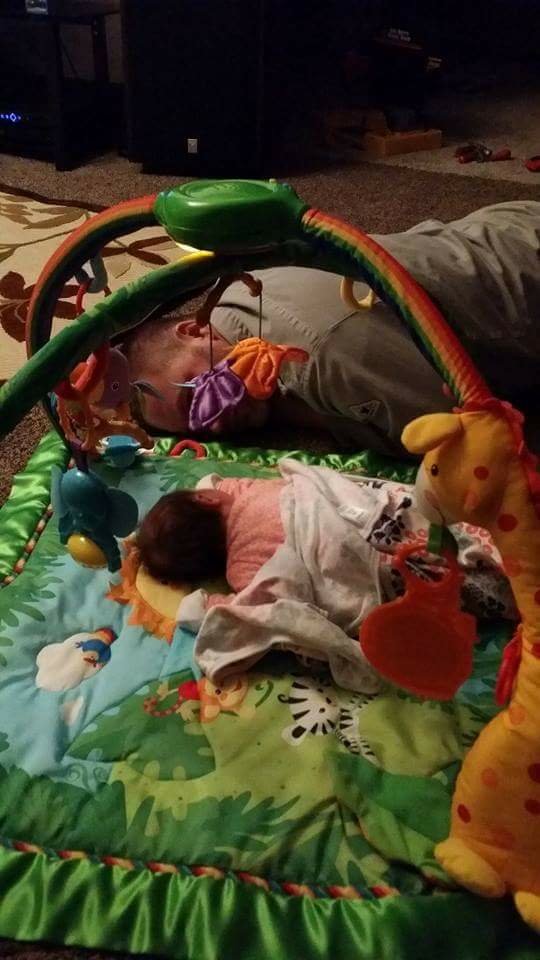 At that moment I knew she was his. He doted over her as if she was the goddess of the wealthiest country on this earth.

He waited for her for years. She is him. She is hell on wheels, a feisty little firecracker, a daredevil. She makes up her own rules and laughs at the ones I try to implement. Her fearlessness oozes from her veins. He loves that about her and so do I.

Every time she fights me pulling her hair back in a pony tail, refuses to wear her shoes, demands candy for supper, gives herself yogurt facials, tells me to shhh when I’m teaching her a life lesson, climbs out of the crib, and grabs him by the beard giving him what we call the business he loves her more and more.

We went to dinner one evening, she was sleeping in the car. I woke her up and she cried the entire time while I was trying to do anything to point her attention else where. I said “she’s just doing this because it’s me, will you take her outside for a minute.” 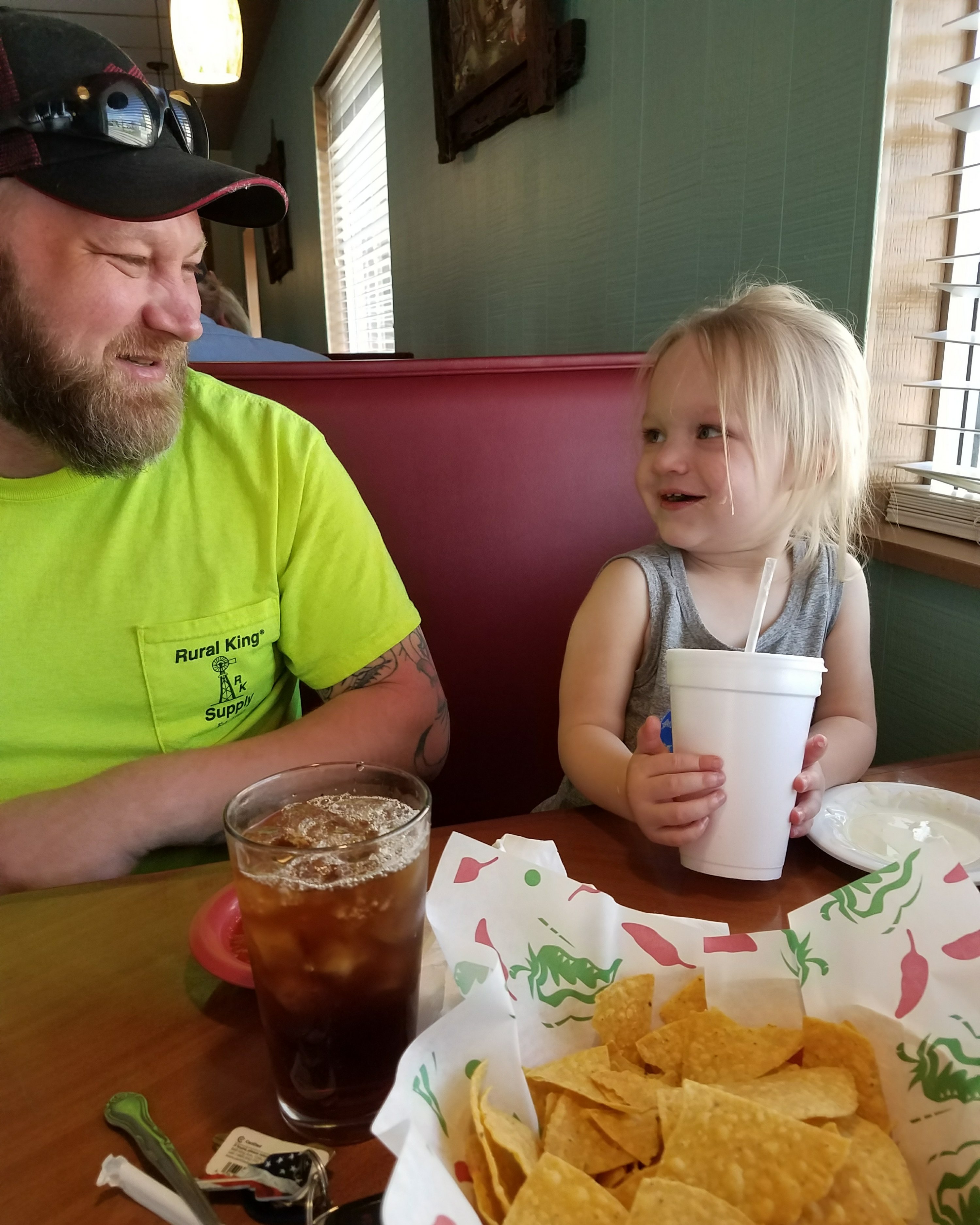 A few minutes later she came running in to her seat and says “I’m all better” and began coloring. Him and I looked at each other without having to say a word. He speaks her language. I speak my son’s. That’s just the way our home runs.

Most of all, I love how she was the last peice of his puzzle. The most remote part of him that no other thing or person in the universe could break through.

She did the moment he opened that little white envelope. 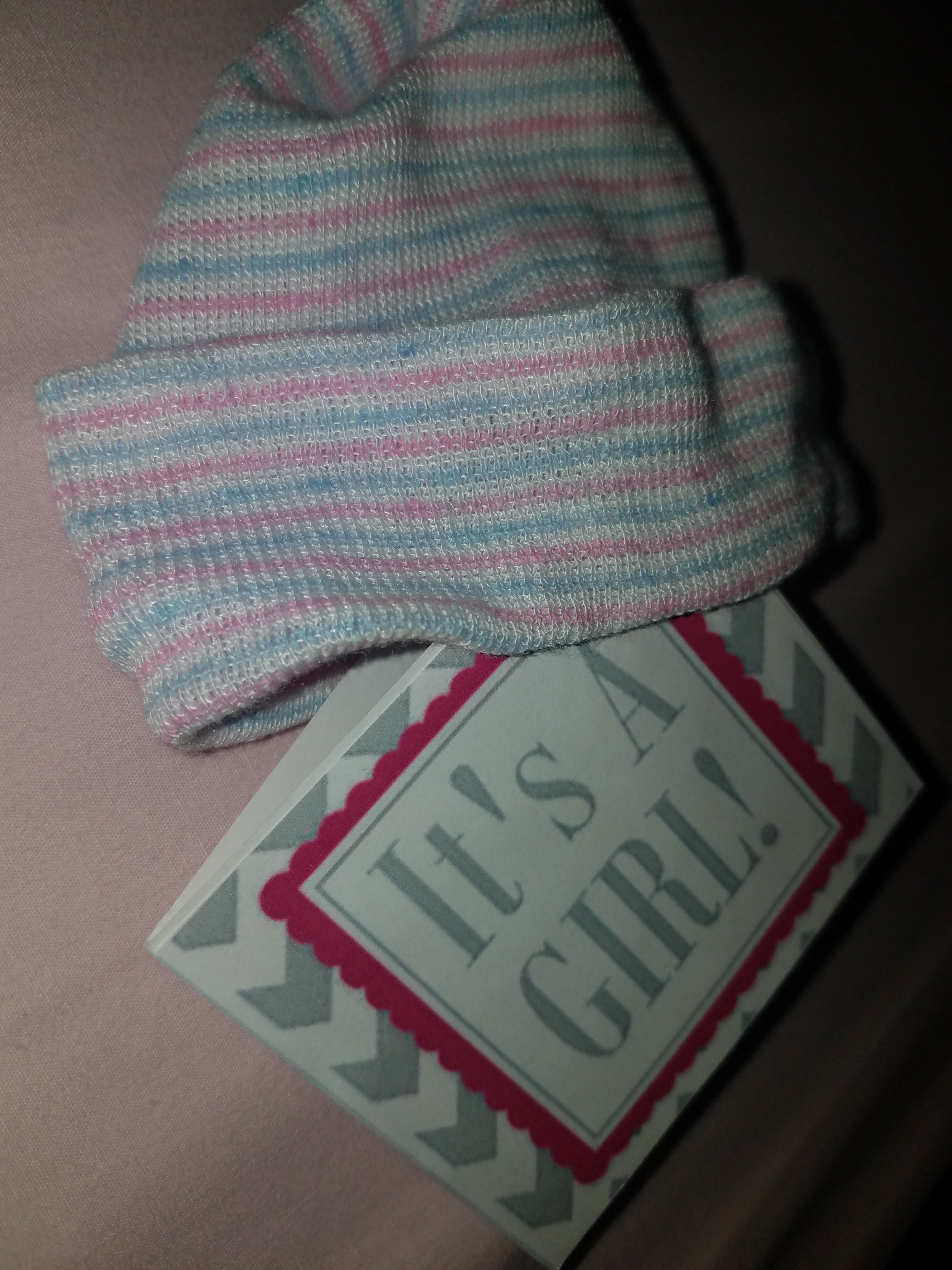