Save the date for June 20,  23rd, 27th & June 30th as Dover Library is hosting an evening One WWII B-17 Bomber’s Story and hear Author Neil Zurcher speak about his latest book Ten Ohio Disasters: Stories of Tragedy and Courage that Should Not Be Forgotten.

Residents of Tuscarawas County are in for a special treat on Monday, June 20 at 6:30 PM at the Dover Library.  Lois Youngen, who played in the All-American Girls Professional Baseball League in the early 1950’s and went on to have a successful career at the University of Oregon, is returning to her roots. The purpose of her visit is her induction into the Tuscarawas County Sports Hall of Fame on June 18. 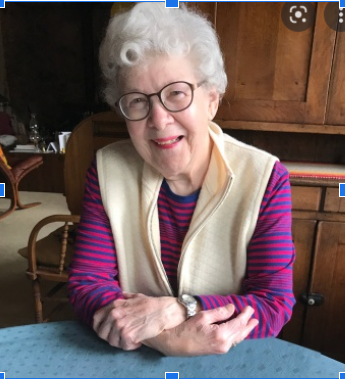 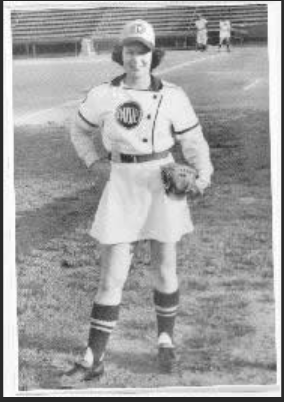 “Ms. Youngen’s program is aptly called Lois Youngen – Still in a League of her Own,” says Sherrel Rieger, adult program specialist at the library.  “In my opinion, what she accomplished while playing for the AAGPBL is eclipsed by what she contributed to the physical education department at U of O during the 36 years she was there.  She has enjoyed quite an extraordinary journey from her birthplace near Ragersville, Ohio to Eugene, Oregon.  What a privilege to hear her speak in person!”

Her talent on the baseball field was well-known in the area. She played baseball with her father, who had pitched for Kent State University in the 1920’s.  She was often seen playing baseball with the boys. After a visit to her cousin in Fort Wayne, Indiana, 17-year-old Lois was recruited to play for the Fort Wayne Daisies.  She played with several teams in the league until 1954. In 1988, Youngen and the other women of the League became part of the permanent display at the Baseball Hall of Fame in Cooperstown, NY.

Youngen did not lose her interest in sports. In fact, she earned her Bachelor’s Degree in Physical Education from Michigan State University and, in 1960, was hired at the University of Oregon where she coached in the track and field program. She returned to Ohio and received her Doctorate Degree from The Ohio State University in 1971. In her 36-year tenure at the University of Oregon, she coached 26 sports and was an exemplary professor and administrator. In 1972, Youngen witnessed first-hand the introduction of Title IX, which prohibited discrimination based on gender.  She served as the university’s Director of Physical Activities and Recreational Services in the 1990’s. After 36 years of service to the university and the surrounding community, Youngen retired in 1996.

THE CAPTAIN IS BACK at the Dover Library

William “Cappy” Sturtz has presented many programs at the Dover Public Library.  He has talked about hunting crocodiles and about the growing python population in Florida.  This summer, “Cappy” is going to host two programs about his life in Key West, Florida.

During the first program on Thursday, June 23, the captain will talk about his exciting life as a sailing instructor, charter boat captain, hurricane runner, yacht delivery man, boat builder, and boat racer.  On Tuesday, July 12, “Cappy” will be our personal guide through Key West, America’s most unique and intriguing city. He will hand out free  maps, brochures and coupons.

Steve Patrick of Dover will share the experiences of his father as a crew member of a WWII B-17 bomber.  The program One WWII B-17 Bomber and One Crew Member’s Story – 1942 to 2022 will be held at the Dover Public Library on Monday, June 27 at 6:30 PM.

John “Bob” Robert Patrick, a 1939 graduate of New Philadelphia High School, was the Crew Chief on a B-17 bomber during World War II.  The crew was on its way to England to join the war when bad weather and low fuel forced them to land on the arctic ice cap in Greenland.  The crew was rescued after ten days, but unfortunately, the plane, which was relatively undamaged in the landing, was left behind.  It wasn’t until 1964 that someone spotted the B-17 bomber.  In 1995, all parts of the plane were retrieved and moved to Oregon where it was completely restored. 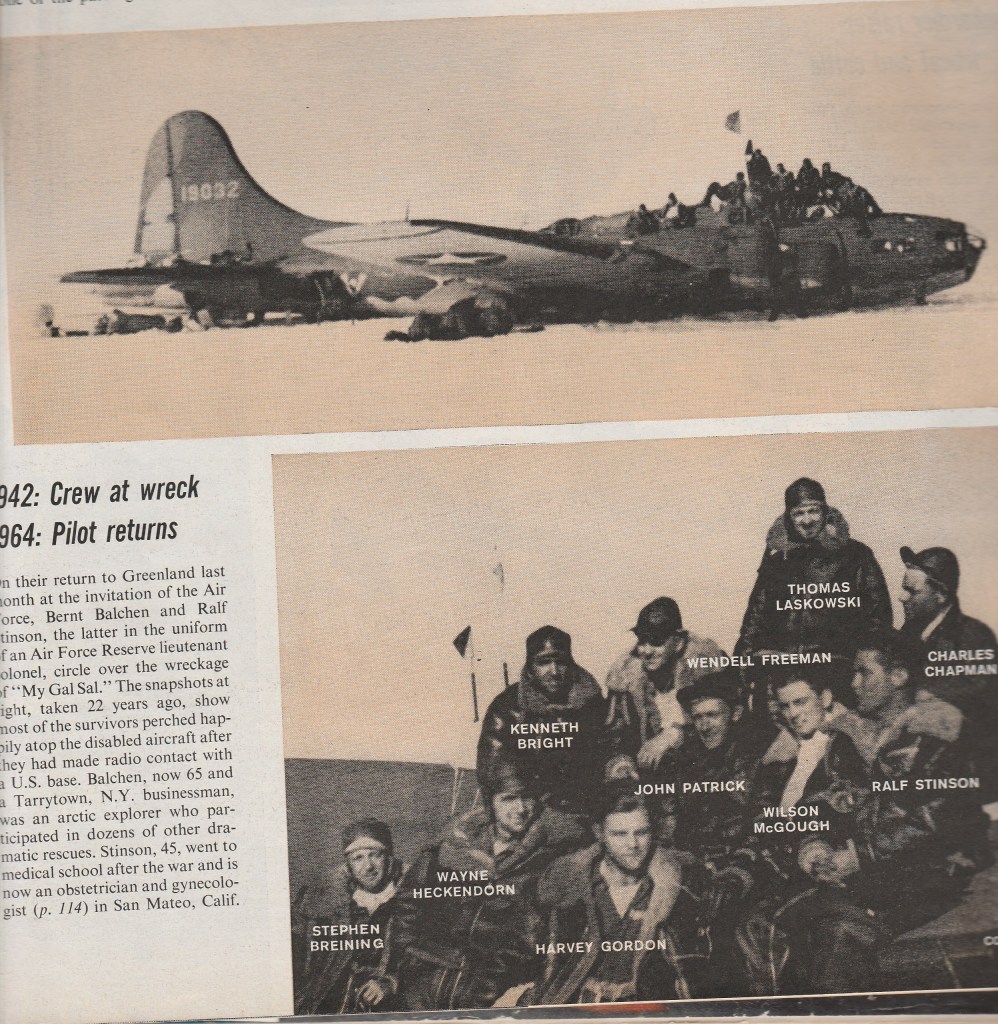 In 2000 a Cincinnati businessman bought the plane with the intention of making it the centerpiece of a WWII memorial.  In 2012, the businessman, realizing that he was not going to be able to finish the project, donated the plane to the National Museum of World War II in New Orleans, Louisiana.  Today, the plane is still on display at one of the pavilions at the museum.

“I have done this program several times since moving here in 2008,” says Steve Patrick, “and each time I give it I find new material I never knew about.  The details are fascinating.”

Sherrel Rieger, adult program specialist, says “It is a remarkable coincidence that Patrick will be sharing images and displaying artifacts exactly 80 years after his father’s historical journey began – June 27, 1942!”

AN EVENING WITH AUTHOR NEIL ZURCHER at Dover Library 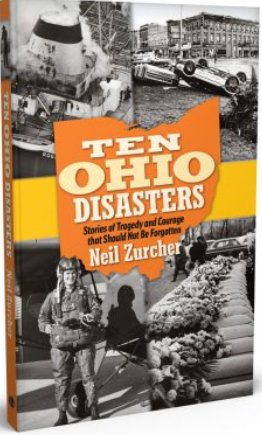 Author Neil Zurcher will speak about his latest book Ten Ohio Disasters: Stories of Tragedy and Courage that Should Not Be Forgotten on Thursday, June 30 at 6:30 PM at the Dover Library.  He will share details about the ten disasters from Ohio’s past that deliver tragic lessons and inspiring examples of heroism. Zurcher will revisit the devastating Xenia tornado, the sudden and shocking Silver Bridge collapse, the statewide Blizzard of ‘78, the deadly Who concert stampede in Cincinnati, an ill-fated group parachute jump over Lake Erie, the Fitchville nursing home fire, and others.

During his career, Neil Zurcher logged more than a million miles on Ohio’s roads over 25 years as a TV travel reporter. He was the original host of the One Tank Trips travel report, which aired on Fox8 Television in Cleveland and has since been imitated in other television markets throughout the United States. He has also written about travel for AAA Ohio Motorist Magazine and The Plain Dealer. Zurcher received the Distinguished Service award from the Society of Professional Journalism and the Silver Circle award from the National Academy of Television Arts and Sciences. He also received an Emmy, the Award for Excellence in Broadcasting from the Cleveland Association of Broadcasters, and has been inducted into the Cleveland Press Club Hall of Fame. He was also inducted into the Ohio Broadcasters Hall of Fame and received their Living Legacy Award in 2007. He has written many books, including Ohio Oddities: A Guide to the Curious Attractions of the Buckeye State;  Best of One Tank Trips: Great Getaway Ideas in and Around Ohio;  Strange Tales from Ohio: True Stories of Remarkable People, Places, and Events in Ohio History.