A local mother inspired by her son’s strength and perseverance publishes a book in honor of children who are different. 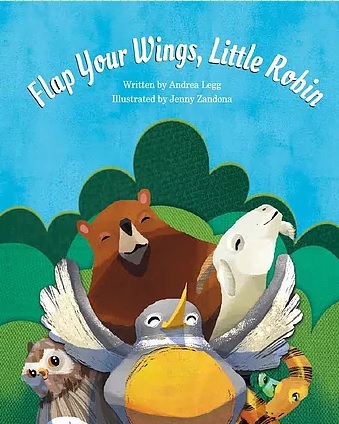 Andrea Legg, who is also the Extension & Technical Services Manager at the Tuscarawas County Public Library, explained her son, Donavan has endured and overcome many health issues already in his young life.

She explained that due to an issue with his lungs and airway Donavan, also known as Donnie, was unable to speak or even make a sound for the first 3 ½ years of his life.

In their dedication to seeing that their son succeed, Andrea and her husband Josh worked diligently to teach Donnie American Sign Language so he could communicate with them.

“But, we noticed in many of the children’s books we read to him there were no characters who really reflected his communication (or any other types of alternate communication, for that matter),” explained Andrea.

She became concerned when she realized when a silent or quiet character was a character depicted in a book the message always seemed to be that silence was a weakness and not a strength.

“I wanted to write a book that celebrated this difference and embraced the acceptance of what makes us unique, and so the story of Little Robin was born.”

Andrea explained that she hopes her book, ‘Flap Your Wings, Little Robin’ sends a message that reminds children and families of the different ways people communicate with one another.

“How it’s not just about being loud but about being understood,” she added. “I also hope that it imparts a message of acceptance and compassion for those who may be different.”

And it seems her message is already being received considering the book has been nationally recognized.

“Legg’s warmhearted tale seems clearly meant as an allegory…and the message – that it’s OK to be different when you have friends who get you – remains affirming to kids with disabilities,” explained officials with Kirkus Book Reviews. “An encouraging animal tale with an important message for children with disabilities.”

Legg has also been featured on Scary Mommy, The Mighty, For Every Mom and now right here on Newsymom.com.

She is a current member of the Ohio Library Council and the Society of Children’s Book Writers and Illustrators.

Best of all, ‘Flap Your Wings, Little Robin’ will not be her last publication.

“I am working on a second manuscript currently. I am definitely hoping to publish more books in the future,” said Andrea.

Coming up on Thursday, January 25th at 6:30 p.m. Andrea will be featured in the Night’s at the Round Table Author Series at the Dover Public Library, 525 N. Walnut Street Dover, Ohio. 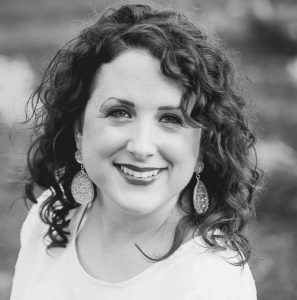 There, Andrea will share more about her publishing journey and Donnie, her inspiration for this fun yet powerful story.

Also, if you are interested in getting your hands on a personalized and signed copy you can order directly from her website (www.andrealegg.com) and receive your book this month! There, you will also find a list of upcoming events in which Andrea will be doing live readings, presentations and where she’ll even be singing.

The book release to major retailers like Amazon, Barnes and Noble, and Books-a-Million will be on February 6th, 2018.

Preorders for those locations can be made online now.