An Ohio man is admitting he sexually assaulted seven children at an in-home daycare. 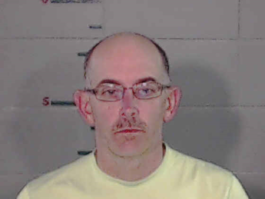 43-year-old Matthew Case has pleaded guilty to charges stemming from acts committed against children at the in-home daycare operated by his wife.

Case, of Rio Grande, entered to plea to all ten counts of rape and six counts of gross sexual imposition.

At the time, Case was a volunteer firefighter.

“My agents spoke with many parents who felt reassured by that fact that a firefighter lived at the in-home daycare, but this defendant was truly a predator in disguise,” said Attorney General Mike Dewine.

Authorities with the Ohio Attorney General’s Bureau of Criminal Investigation Crimes Against Children Unit, Gallia County Sheriff’s Office and FBI Columbus Child Exploitation Task Force arrested Case in April after wo victims confided in an adult about the abuse.

Through the investigation, five additional victims were identified. All were girls between the ages of three and seven.

According to reports released by the Attorney General’s Office, the assaults took place at Case’s home between May 1, 2016 and April 12, 2017, while the children were there for daycare.

Investigators note that because the daycare reportedly cared for fewer than six children at a time, it was not required to be licensed by the state of Ohio.

Case will be sentenced before Gallia County Common Pleas Judge Margaret Evans on May 25, 2017.

“Our big concern right now is that he may have victimized even more children over the years, and we encourage anyone with additional information on potential victims to contact law enforcement,” Dewine explained.

Gallia County Prosecuting Attorney Jason D. Holdren added, “Due to the heinous nature of these crimes and the age of the victims involved, my office wanted to bring justice to this situation as swiftly as possible.” Holdren went on to say, “These victims are young children, some of whom still do not have the ability to truly voice what they have experienced. Our goal is to bring an end to this sexual violence and assist in helping these victims and their families begin the long process of healing.

And Gallia County Sheriff Matt Champlin also commented on the matter, “This investigation is a result of our officers responding rapidly to protect the victims and prevent any future crimes of abuse from occurring.” He added, “Taking advantage of the vulnerability of children is an unthinkable act and we will continue in our efforts to identify victims who may have been abused.”