An Ohio Police Department is getting a lot of attention after posting a picture that depicts the reality of the state’s heroin epidemic.

East Liverpool Police Chief, John Lance, says people need to see that this problem goes much deeper than the needle in the addict’s arm. 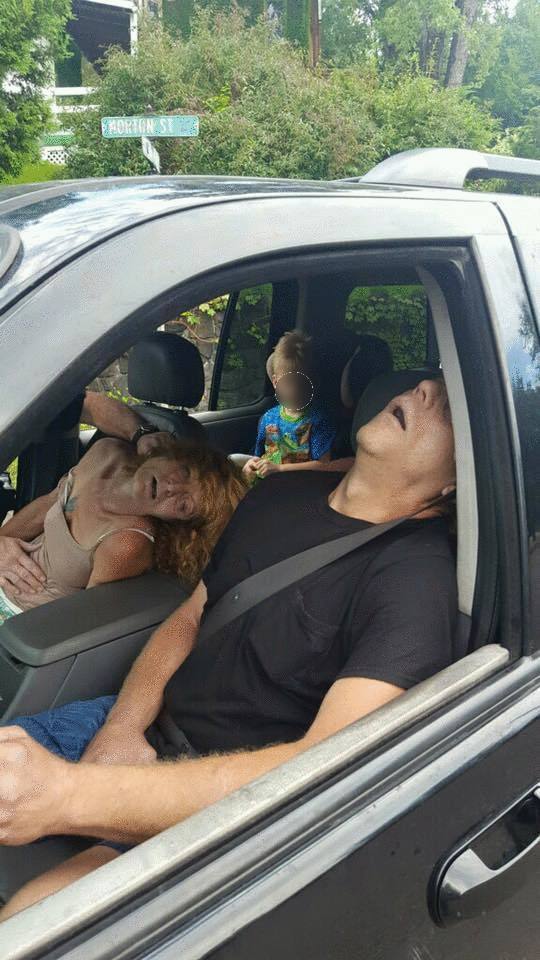 (The grandmother, who has custody of the child, and a man of no relation to the child, passed out due to a heroin overdose while driving along a busy road in East Liverpool, Ohio. Also, a school bus was stopped to board children right in front of them)

Chief Lance says unfortunately the leaders in this country aren’t even talking about it.

The department posted the picture to the city’s Facebook page. It has received both positive and negative feedback, but Chief Lance says they have no regrets.

The child was reportedly released to the care of another relative.

4 thoughts on “Police Post Picture: Man, Woman Overdose on Heroin with 4-Year Old in the Backseat!”