Health has been a big topic this year, and rightfully so. As a society we have begun to have discussions about to vaccinate or not to vaccinate? To take medications or take a holistic route? To stay home or continue as normal? To mask or not to mask? These are all valid questions and I do not have any of the answers.

Mental health has not been an issue that I have had to personally deal with. However, this year has changed that. In the spring my young daughter had some very severe issues. We, by the grace of God, were able to work through them. It brought a new awareness and attention to detail that had not been on my radar previously before.

That is why this fall when I began to suffer from depression I was taken by surprise. At first it started as irritability and annoyance at the simplest things. I started fixating on all the things that are wrong and imperfect. I started to obsess about my surroundings and getting angry when things where not done the way that I thought they should be done. While annoying this I thought would go away if I kept pushing forward. 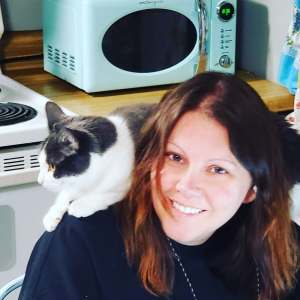 Around this time, I received some news about my friend (my person, if you are a Greys fan). I took this news very hard and the flood gates opened. I began to cry over EVERYTHING. I am not one to be overly emotional, but I could no longer control my anger or my sadness. My friend started to improve! I was overcome with relief but sank lower into my feelings.

At this time, I began to reach out to people I considered close friends. I shot them messages asking how they were and hinting that I was not doing so well. I was absolutely shattered when no one really heard what I was saying. Days went by and not a single person called or texted to see how I was or follow up on what I had said.

I sank deeper and my health started to suffer. I felt so alone so utterly alone. I stopped reaching out and no one seemed to notice. And not a single person reached out or seemed to miss me. I took this to mean that I was unlovable and that no one really cared. My thoughts began to turn scary and I had myself worried.

My sister noticed that something was wrong and asked. She asked very simply and directly. It made me feel noticed and heard. Over the next few weeks, she sent a text every day asking how I was and really listened to the answer. She did not minimize what I said in response she did not tell me everything was fine or that I was overreacting. She simply asked and listened.

This did not magically solve all of my problems. But it did give me a lifeline.

We can all agree that raising kids is hard, through a plague makes everything harder.  I think we can all agree that we have had to deal with a lot of crap that we did not see coming. While I have a great life and I know this. This year has been hard on all of us. Some of us could not catch our breaths between the tidal waves pummeling us. Running to the store, sending your kids to school, and going to work have all been made harder. Staying home can be relaxing and recharging, but it can also be trying.

Lets all do a better job of paying attention and listening in the coming year. Let us take a minute to check in on each other and really listen. It could make all the difference.