I am the mother of three children. Jonathan is 23, Abi is 27 and Zachary would be 36. Zachary lives in heaven.

I was 18 when I had Zachary. Professionals suggested I give him up for adoption. “He would have a better life than I could give him”. There was no question that he was mine. I would raise him, love him and guide him. When Zachary was 2 his father and I divorced. I guess statistics don’t lie when it comes to marrying so young and immature.

I had a great family support. My immediate and extended family lived nearby. I was a waitress and Zachary went to daycare. He loved playing with friends. He had so much energy, intelligence, and high spirit. I met my husband Brinley when Zach was 8. We were married and Brinley adopted Zach. Zachary’s biological father was not in the picture after we were divorced. Brinley was recovering from a traumatic brain injury and had never been around kids so he did his best in helping raise Zachary. 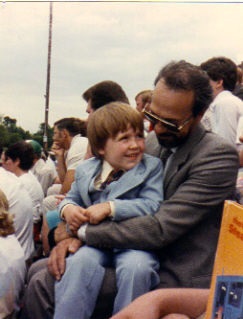 So, I’ve got a very energetic, fun loving 10-year-old. He loved sports, especially baseball. He was a boy scout and active in the church youth group. When he was 12 he had a new group of friends. I am not blaming behavior directly on the friends but kids can be easily influenced around this age. It started with a smoke bomb in the library. Unfortunately, the school chose to file charges and Zachary went to the detention center.

I worked diligently with a private counselor. The doctor had Zachary on ADD medicine. We had an IEP at the school. He was in a special class for kids with behavior issues. But there were signs that Zachary was using drugs. I only know this after looking back. At the time I didn’t know that you could get high from huffing white out or you could “blackout” after downing a bottle of cough syrup. This was in addition to him smoking pot. There was a difference in his appearance. His personality was very sullen and private. He didn’t take care of his clothes and personal hygiene.

Zachary was around 15 when he and a friend ran away from home. I knew this because he left me a letter. They had stolen drugs and a truck and were found in Arkansas. Now he was facing a felony and could be sent to prison for years. I found a place in Montana for troubled teens called Spring Creek Lodge. It was one of those places that they come in the middle of the night and just take your troubled teen to a remote camp. I asked the judge if he could go there rather than prison. 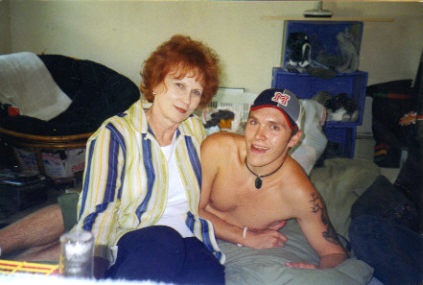 Zachary spent 18 months at Spring Creek Lodge. They had a “Discovery” seminar for parents. I was able to talk to his counselor each week and exchange letters to Zachary. For a long time I was reassured by the counselor that Zachary could “move up a level”, but then he did something that put him “in the hole.” I was trying to follow along with the program but was only told bits and pieces. Since Zachary has passed away Spring Creek Lodge was shut down due to charges of abuse and neglect. I have also connected with some friends he knew while he was there. It appears that there was quite a bit of negligence going on.

Over the years I did what I believed was best for my son. Dealing with guilt over what I could have done differently or cues I might have missed along the way are very difficult.

Zachary was released to come back home from Spring Creek Lodge in ’98.

My parents went on a vacation only to come home to find out that Zachary and a friend had been in their house and stole antiques and sold them for drug money. It was at that time that we had to sit down and come together as a family and get tough. My parents pressed charges and Zachary was sent to Mohican Juvenile Prison. We exchanged so many letters and he read so many books. He even painted the walls in the library there. He had so much talent. He graduated high school at Mohican and I was proud of his accomplishment. 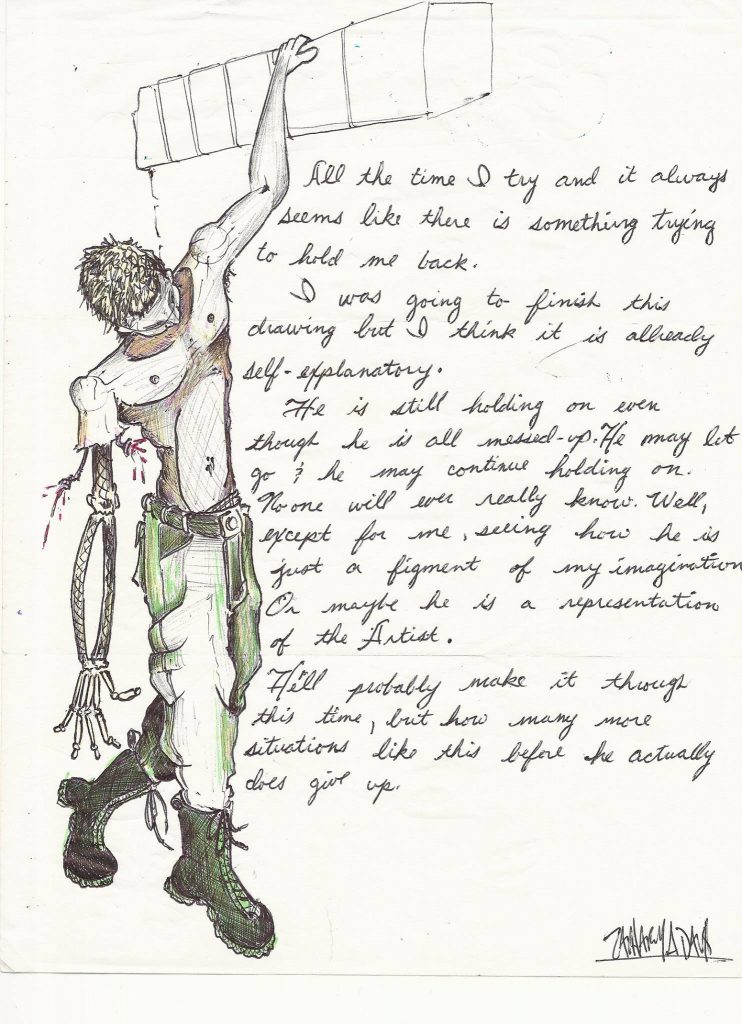 Since Zachary had such an artistic talent he wanted to go to the Pittsburgh College of Art and Design. We filled out all of the paperwork and submitted his artwork and he was accepted! In the beginning, he did very well. However, his drug problem just followed him wherever he went. Dec. 21 he was in an awful car accident with some friends. A baby died and the rest were sent to the hospital. Zach cracked his femur, broke his c2 and c3 vertebrae, collapsed lung and we almost lost him. After his hospital stay, he rehabbed at our bed and breakfast where we could take care of him. He was given Oxycontin for pain. When the doctor weaned him off Zach went crazy. At the time I had no idea of how powerful this drug was and how difficult it would be for a drug addict to quit. I really don’t think I considered him a drug addict at that time. I knew he messed around with drugs but had consequences and cleaned up his act. However, after the Oxycontin he decided he would move back to Pittsburgh. I thought he had friends there and could get back to school. A few months after that one of his friends called me and said he was afraid for Zachary’s life because he was on heroin. That conversation shook me to the core. Heroin! A word that I believed was so far from my family, from my son. I always thought that heroin was something that people used on skid row. People who had nothing used heroin. This is one of the reasons I believe so strongly now that I need to educate people. 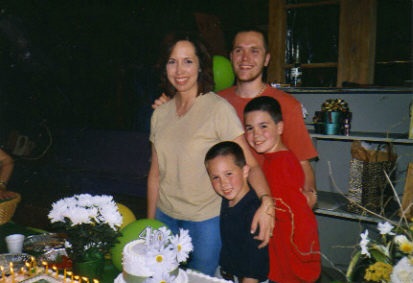 I ran over to Pittsburgh believing that I could save my son. We went to emergency rooms. They turned us away. At the time Zachary was going through withdrawal and was very sick. I didn’t understand why nobody was helping my sick son. I have since learned that withdrawal is part of the process of getting clean from an addictive drug. So the withdrawal was over and he was feeling better. He wanted to get on the right track. Perhaps he could work in our family business. I was so excited that he would be working with me. Then I found out he was using heroin again. He couldn’t keep up with the lifestyle. He didn’t have enough money to support his habit. He was sneaky and lied to his family. So he asked for help to get into a rehab. Me and my family helped him several times over the course of 3 years. Each time he went to rehab he got through the withdrawal, started feeling better and then decided to leave. The rehabs were very expensive but were not locked. At the time I thought that it would be like a school. He would learn and stay and “be fixed.” There was so much I didn’t understand about addiction.

In the Fall of 2005, Zachary was worse than he had ever been as far as drugs. My family and I didn’t know what the future held. Zachary overdosed right before his birthday in September. He came home and tried to get better. However, his girlfriend Lindsey called me on September 13. They had had a falling out the day before and she didn’t stay at the cabin. She called to tell me that Zachary wasn’t “looking right.” It was a Sunday morning and I drove out to find my son crouched on the floor of his cabin dead. I felt like I couldn’t scream loud enough. I couldn’t breathe. I didn’t want to live. How could I go on without my precious Zachary?

This year it will be 13 years since that horrible day. The grief is unbearable at times. I took a little while to decide what to do with myself as a result of losing my son. I was encouraged by a news journalist to share my story in our local paper. That was very difficult. I rarely spoke of Zachary’s addiction with anyone other than my family and closest friends. I was ashamed and embarrassed. I was convinced that things like this don’t happen to “good families.” In my article, I wrote that if anyone going through a similar situation with drugs wanted to talk that I would have a get-together. The response was overwhelming. I barely had enough room at the house for all of the people. From that, I started an Alanon group for family and friends with an addict. The group still meets. People still contact me all of the time wanting help with their loved one. This is always the first place I direct them. I believe parents need to be educated first to know what they are dealing with. 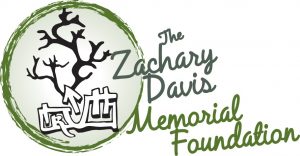 Next, I contacted some schools and offered to come and talk with students about the dangers of drugs. Something that is foremost in my mind was a time that Zachary and I talked. He told me that if he could do anything it would be to tell kids to never start using drugs. He had no idea that the first joint would lead to pills that would lead to heroin. I created the Zachary Davis Memorial Foundation. I have now talked with thousands of kids in school districts all over Tuscarawas, Carroll, Stark, and Coshocton counties. Times have changed since I began talking with kids. Children are exposed to drugs at a very young age. Many have family members or friends who are addicts. They see the effect drugs have not only on the user but also the family. I believe in this generation. I believe they want to see a change in this drug epidemic.

I raise money for the Zachary Davis Memorial Foundation to buy educational materials and t-shirts and stickers to give away to the students. At the end of the school year, I give scholarships to graduating seniors going into the field of counseling or social work. I also use this money to give to local nonprofits who are dedicated to empowering and helping our youth succeed in life.  My website is www.zachsstory.org. I am thankful for the support of many people along the way. 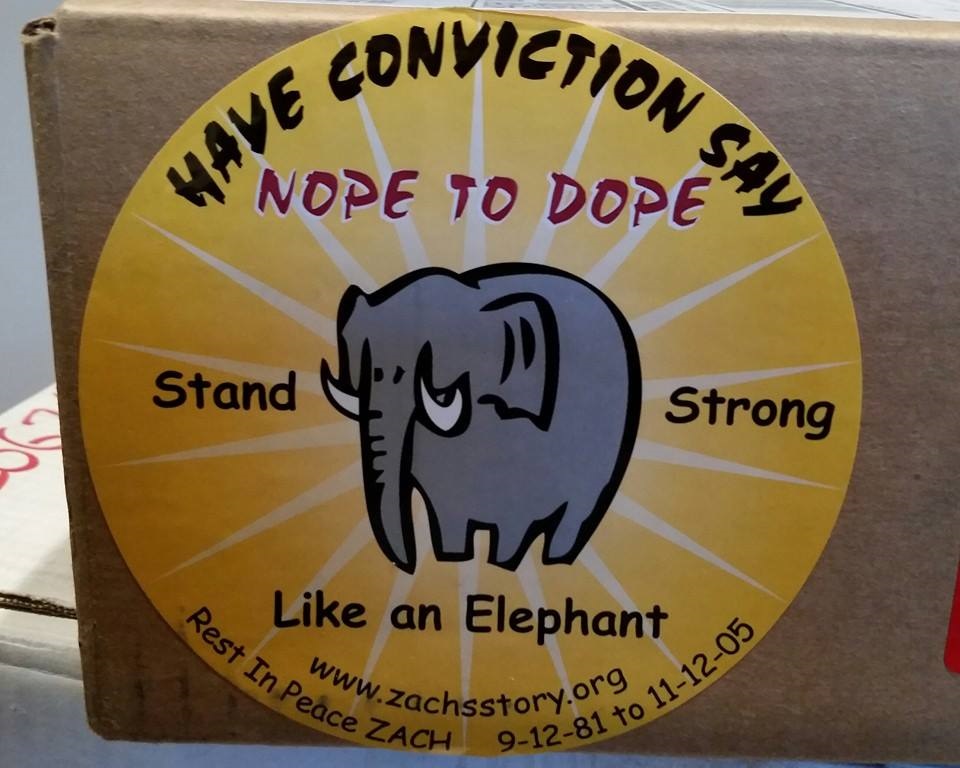