Beginning in May 2018 Newsymom.com will bring readers exclusive coverage of the truly inspiring work of the local nonprofit organization, Ashlie’s Embrace.

The passion of the team of volunteers drives them to provide peace and comfort to grieving families. The difference they make is remarkable and cannot be measured. 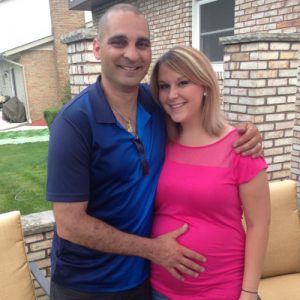 Erin and Anthony Maroon founded Ashlie’s Embrace after their daughter, Ashlie was called to Heaven at birth. In addition to our partnership with the organization, Erin is the newest Newsymom.com Author. She will contribute monthly articles that detail her experiences through loss, welcoming her second child and all the turns and twists that motherhood brings.

Here is where their journey began:

‘Our lives changed forever when I found out in February 2015 I was pregnant with our first child. I carried our little Gummy Bear, Ashlie Cathren, through a perfect pregnancy. I had none of the issues that often accompany pregnancy, such as morning sickness, high blood pressure or weird cravings.

The morning of October 27, 2015, I was 41 weeks and one day along. We went to my doctor for a fetal non-stress test and ultrasound. The tests were to determine if I had enough amniotic fluid and Ashlie was healthy enough to wait for induction. The doctor said everything looked good, and induction was scheduled for six days later unless she came on her own before that.

About 10 hours later, I was relaxing on the couch and felt a giant kick. An hour after that, I realized she wasn’t being very active. I lay still, trying to ignore my rising panic and willing her to move. We rushed to the hospital, where our daughter’s motionless back was highlighted on an ultrasound. There was no heartbeat.

“Your daughter is gone,” the doctor said matter-of-factly. “Sometimes these things just happen.” 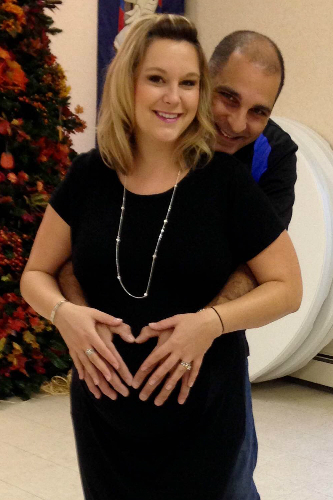 Those words began the most difficult hours of my and my husband Tony’s life. Doctors immediately began the induction process. I was in and out of sleep after two failed epidurals. After 24 hours of labor, I had a C-section. When Ashlie was born, there was no sound—no baby crying, no happy shouts of glee—just sadness and silence. Deafening silence.

As they prepared me to leave the operating room, the nurse asked if I wanted to hold our baby. I choked out a “Yes,” and, sobbing uncontrollably, held our first and only child’s lifeless body as they wheeled me back to my room. An organization came to take pictures, then I passed her to my family. After holding Ashlie for less than 30 minutes, exhaustion and medicine crept in, making it impossible to concentrate. Fearing I would drop her, I handed our perfect baby girl to my mom and fell asleep.

The next afternoon, I asked my husband if I could see Ashlie. He brought her in from the morgue, her long, plump body (8 lb. 13 oz. and 22 ¾ inches) swaddled and stuffed into a basket. She was ice cold. Less than 15 hours after she was born, the extreme temperature in the hospital’s cold room had already begun to twist her delicate features. Her pouty Cupid’s bow, her perfect nose and her tiny ears and fingers were angry and purple. My husband asked me not to unwrap her blankets, knowing I wouldn’t want to remember her that way. I never saw her feet or her body under all the blankets. I did not change or bathe her, nor did I feel her soft baby skin against mine. My husband never held her close, either.

Nurses had said we could “see her whenever we wanted,” but we didn’t know what that meant. There was no bassinet in my room to keep her in, so I assumed she wasn’t supposed to stay with us.  After about 20 minutes, I kissed every feature I could see and handed her to my husband. He took her from the room, and I never saw her again. For two more days, I laid in the hospital without her, thinking that was my only option.

As I prepared to go home, I read an online article about stillbirth. It referenced a CuddleCot™, a device that keeps a baby cool (instead of frozen or at room temperature) and allows parents and families more time with the child before saying goodbye. It made me angry we didn’t have that option, and the more I thought about how little time we had with her, the more upset I became. The United States is one of the most advanced nations in the world, yet my husband and I spent less than one hour with our first and only child. There is nothing advanced about that. I realized then that it was up to US to make sure every U.S. hospital, birthing center, and NICU has a CuddleCot™. Other parents will, unfortunately, endure the same tragedy. When they are faced with whether to hold their child for hours on end or say goodbye after less than one, they can have the choices we didn’t. 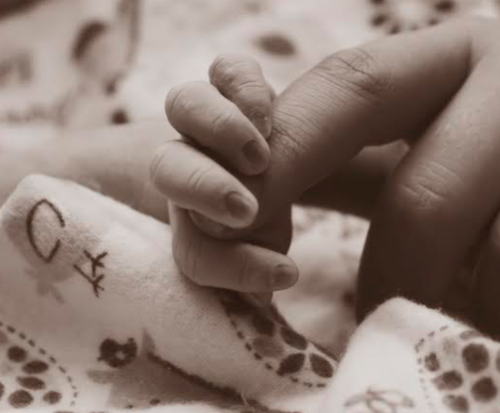 Ashlie’s story has already reached thousands of people, and we’ll use that support to propel our mission forward. Using our incredible network, my husband and I will raise money for these cooling devices in Northeast Ohio, the Midwest and beyond. Our list of supporters spans many states and includes bereavement support groups, hospital administrators, parents who’ve lived through child loss, philanthropic groups, friends, family and more. We’ll be holding fundraisers, asking for grants and securing corporate donors. We’re hopeful you’ll join us in that mission.’