70 Carroll and Tuscarawas County Youth 2 Youth students joined thousands from across the state yesterday to converge on Ohio’s Capitol for the ‘We Are the Majority Rally.’

Roughly 2,100 students made up the rally that is designed to show that the majority of teens are living healthy lifestyles and making positive differences in their communities.

The Prevention Action Alliance explains that the Ohio Youth-Led Prevention Network is committed to building and expanding partnerships between youth-led substance misuse prevention programs and developing and strengthening misuse prevention efforts at the state and local levels, “It is our mission to provide a foundation for schools and communities to promote a positive, safe environment for today’s youth and tomorrow’s future youth,” officials explained via the organization’s website.

Local Y2Y students prove to be true leaders in their communities as they promote healthy and safe lifestyle campaigns by use of peer-to-peer interaction and communication; and impressive creativity and energy.

These motivated students are not intimidated by the negative influencers plaguing society: 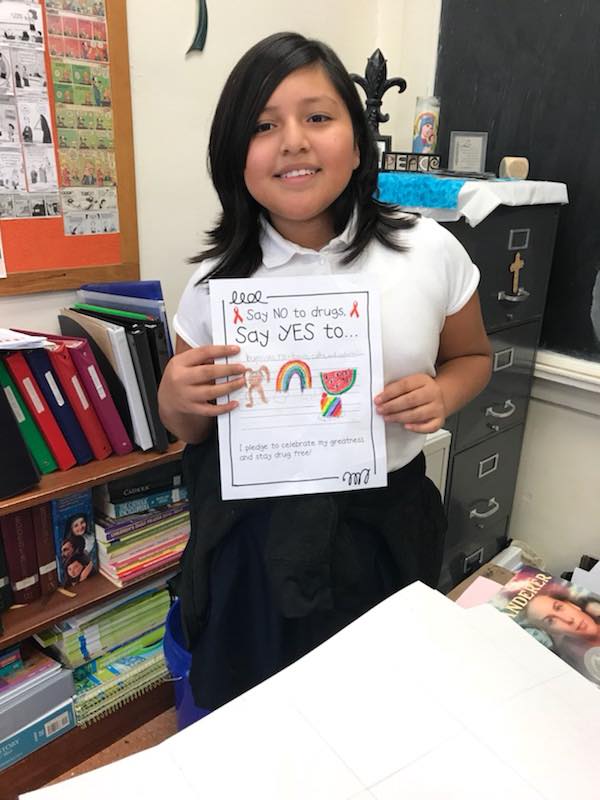 Y2Y students are dedicated to being influencers themselves with a goal to remind their peers that Life Gets You Higher:

The ‘We Are the Majority Rally’ took place on Thursday, April 19th. Each year this event shuts down the streets of Downtown Columbus as students march to the Statehouse to have their voices and mission heard.

Officials note, the majority of youth in Ohio aged 12-17 are NOT participating in substance use or physical violence and ARE leading the way in promoting mental health wellness!

On Friday, May 4th local Y2Y students will receive the recognition they deserve during a special ceremony held at Ricardo’s Party Center in New Philadelphia. Among the keynote speakers will be State Representative Al Landis. Tuscarawas County Commissioners, law enforcement representatives, mentors and others are also expected to be in attendance.