The North Canton City School District is issuing a safety message to the community following the death of a student at a nearby school district and a rash of threats against local school districts.

“Many of you are aware of the safety incident in our county this week. We ask that you please keep the entire Jackson community in your thoughts and prayers.

In addition, over the weekend, some of you may have heard about a separate, unrelated series of online posts which made a vague threat to several school districts in Stark County.  The County Sheriff’s Department and the local office of the FBI have investigated and deemed those threats as NOT credible.  We thank all the parents that contacted the school and made us aware of this social media post.  We take all threats, no matter how vague, very seriously.

Please see the statement below from the Stark County Sheriff and understand that the North Canton Police support and will be enforcing the following position regarding threats made through social media or sharing of such. Eleven districts have had arrests for this since 2-16-18 in Stark County. 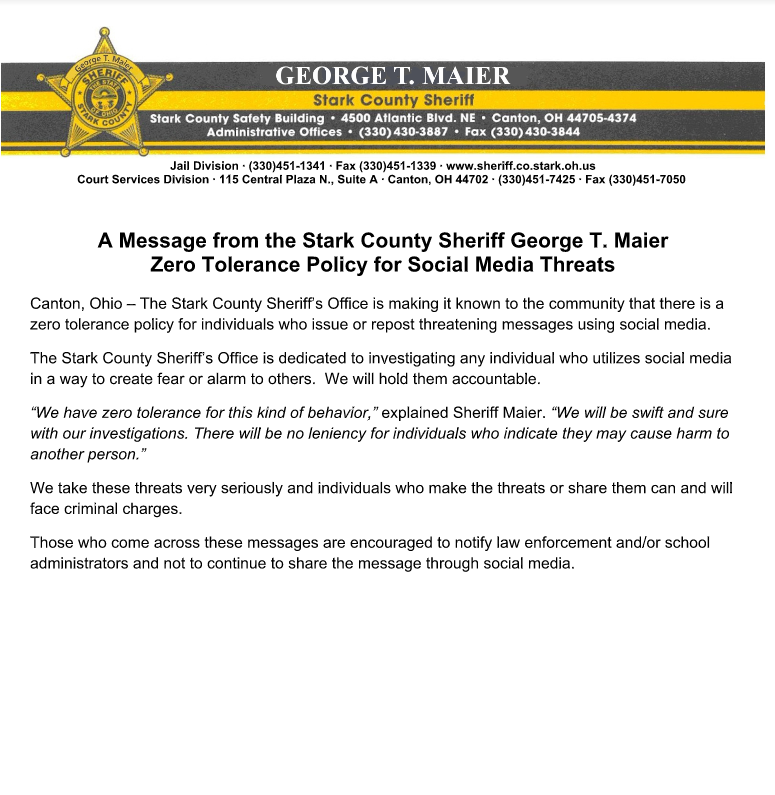