Earlier this year, just in time for Father’s Day, a life-time of questions were answered for a man born as Ira Hendricks. 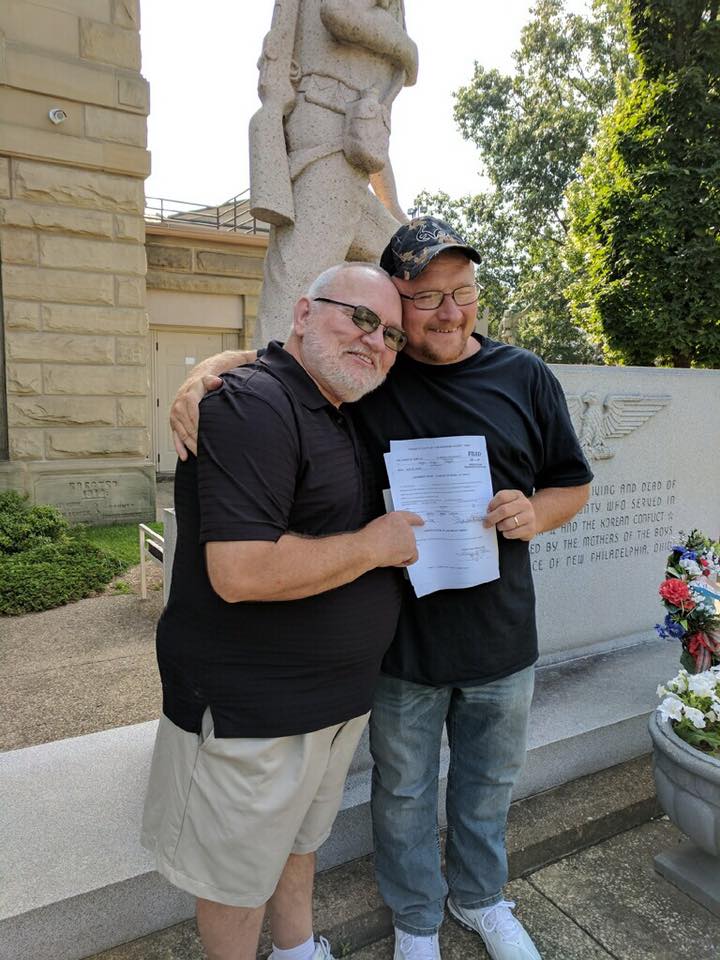 (Uhrichsville, Ohio) In 1996 Ira Hendricks got a call from his mother and she explained the man he was named after, wasn’t his dad.

“Said I’m going to take you to meet your dad, your real dad. I said hey, why don’t you go ahead and tell me who it is because if something happens I’m never going to know. [She said], ‘Nothing will happen, I’ll be up the Fourth of July.’ Seven days later I got a phone call that she had a massive heart attack and died.”

Devastated by the loss of his mother and now essentially his father, Hendricks began a search that would continue for years.

Then, the clues connected him with Bill Calhoun originally of Canton. The two, strikingly similar in their features, met several times and started to get to know each other.

Then, a DNA test confirmed the two are father and son.

Calhoun explained he is eager to make up for lost time.

“I feel I’ve been cheated out of all the years I could have been with him. I’m sorry that things didn’t go the way they should have went. He is my son.”

This year, the two spent their first Father’s Day together taking photos, laughing and beginning a relationship that will never be broken again.

Monday, August 21st marked the last day Ira Hendricks would ever go by that name.

He and Bill met at the Tuscarawas County Courthouse along with their wives to mark the start of a new chapter as Ira became William Wyatt Calhoun.

“It’s like a new life, a reborn life. It feels good, something I’ve never ever felt. I’ve never felt like I belonged. And, being around him, it’s awesome. He’s a super dad.”

He explained he chose the first name William because his dad’s name is Bill. And the middle name Wyatt was chosen because he’d always loved the name.

Calhoun says he and his dad talk every day and their relationship continues to grow stronger.