The 2022-23 season is highlighted by the much-anticipated return of the smash hits Blue Man Group &  Riverdance and MANY more.  Other highlights include the music of Celtic Woman, Josh Turner and The Guess Who as well as comedian, movie and television star Rob Schneider. The full season comprised of 27 diverse performances will also feature additional concerts, family shows and comedies.

“Over the past year, as we welcomed world-class artists and our fantastic audiences back into our beloved Performing Arts Center, we began to feel a real sense of forward momentum,” said Dr. Brad Bielski, dean and chief administrative officer of Kent State Tuscarawas. “This is entirely to the credit of our faithful patrons, volunteers, and supporters who have ensured a successful return to live performances. With the announcement of our 22/23 Season, it’s time to carry that momentum into the future.”

More than 35 million people around the world have experienced the smash hit phenomenon that is BLUE MAN GROUP and now it’s your turn! BLUE MAN GROUP returns to New Philadelphia for a limited engagement on their new North American tour. It’s everything you know and love about BLUE MAN GROUP — signature drumming, colorful moments of creativity and quirky comedy — the men are still blue but the rest is all new! 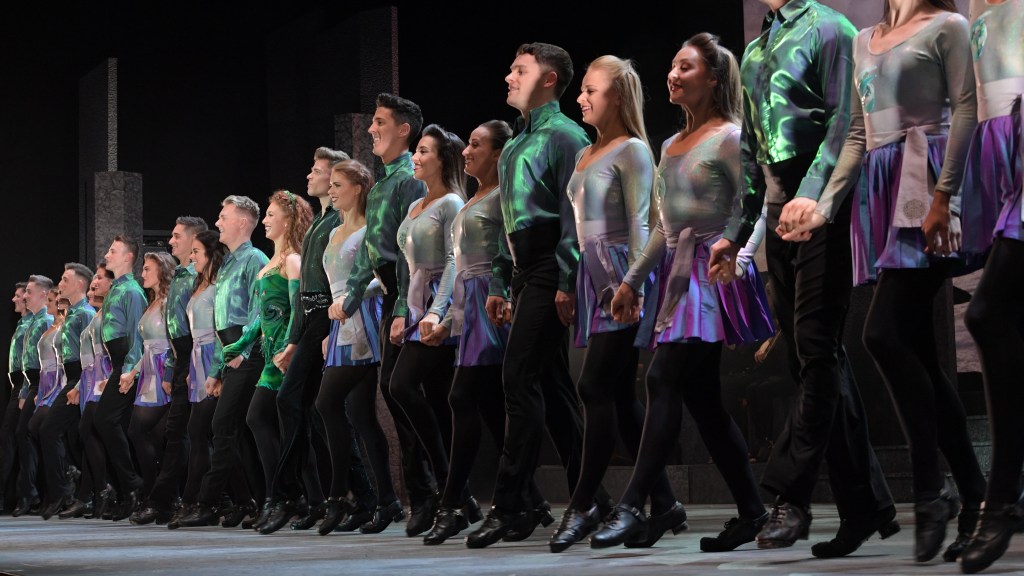 The 25th Anniversary Tour of Riverdance brings the show back to New Philadelphia as you’ve never seen it before! A powerful and stirring reinvention of this beloved favorite, celebrated the world over for its Grammy award‐winning score and the thrilling energy and passion of its Irish and international dance has been completely reimagined with innovative and spectacular lighting, projection, stage and costume designs.

The season also has something for music lovers of all genres. Celtic Woman is the most successful all-female group in Irish history, with a legacy of 12 consecutive Billboard number ones, 10 million album sales and an incredible 2 billion online streams to date. “This is a rare opportunity to hear Celtic Woman’s angelic harmonies with the thrilling live sound of a full symphony orchestra in an intimate concert setting,” said David Mitchell, general manager of the Performing Arts Center. For fans of country music, the season includes three shows that are sure to please. 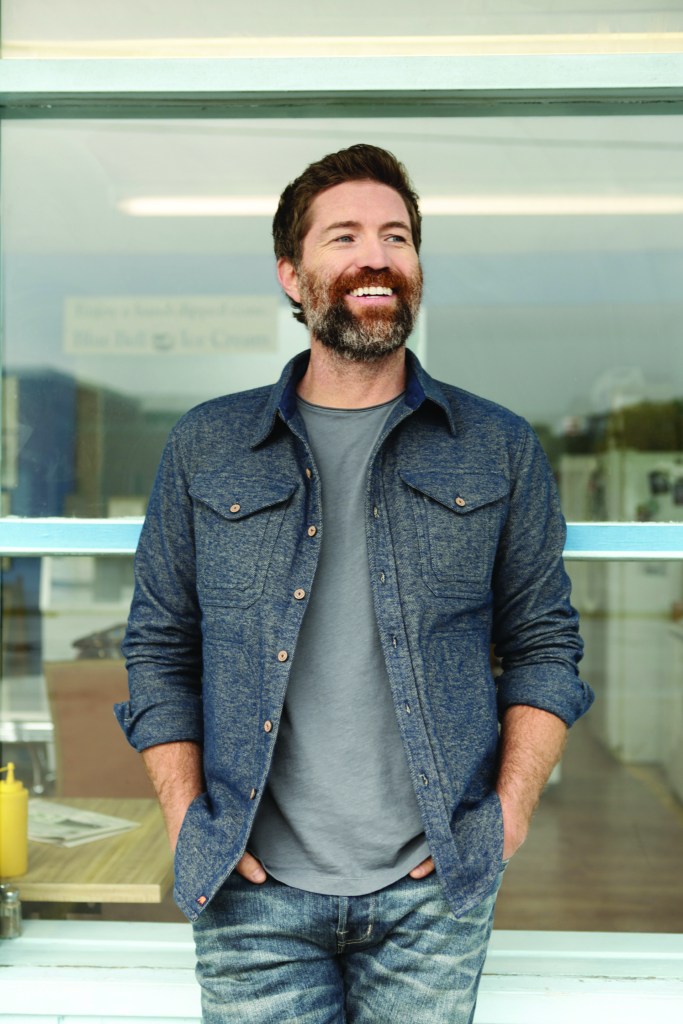 Multi-platinum recording artist Josh Turner is one of country music’s most recognizable hit-makers. The Frontmen, comprised of three former lead singers, Larry Stewart (Restless Heart), Richie McDonald (Lonestar) and Tim Rushlow (Little Texas), is country music’s hottest new supergroup. Returning favorites, The Oak Ridge Boys, are always in demand and put on a great show. Classic rock fans will love The Guess Who and newcomers and winners of Season 21 of NBC’s The Voice, Girl Named Tom have been selling out shows across the country. Other concerts include a rescheduled date for Richard Marx and The Queen’s Cartoonists who play music from classic cartoons and contemporary animation synchronized to video projections of the original films. 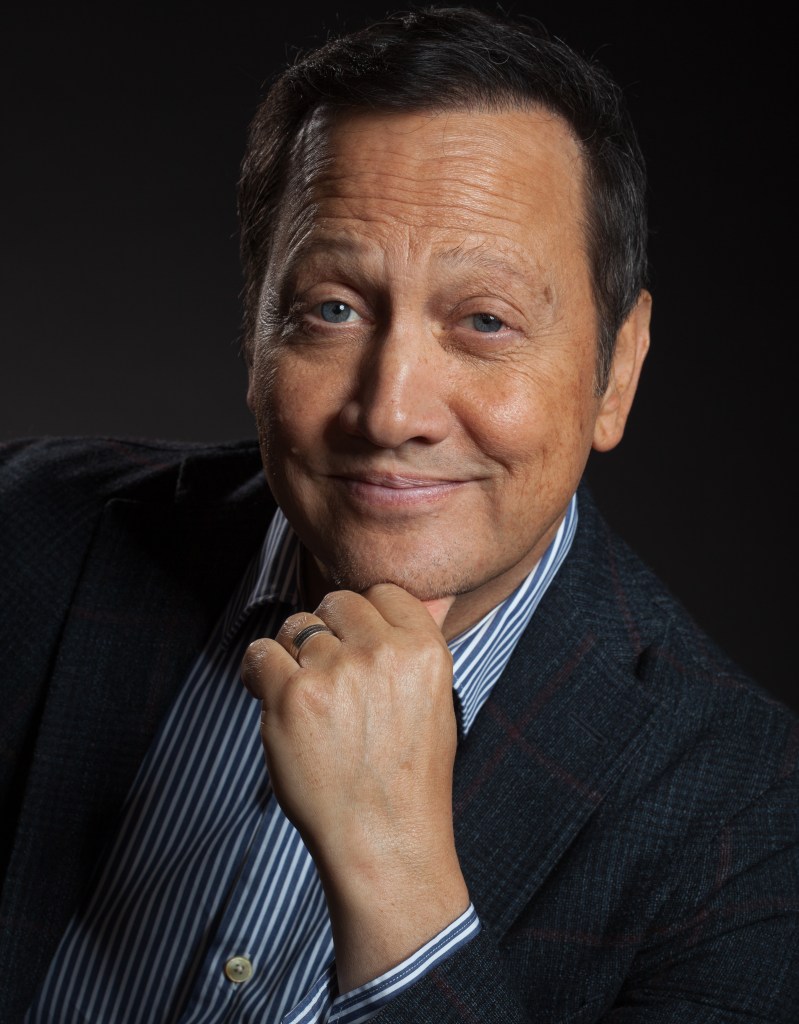 A house-hold name and a bona-fide comedy star, Rob Schneider is well known for his trademark blend of character and comedic acting and has become one of the most popular touring acts in comedy. Other comedic offerings on the season guaranteed to make anyone smile include viral video sensation Dena Blizzard and her off-Broadway hit One Funny Mother, the 20th Anniversary tour of Church Basement Ladies, and the gloriously irreverent Potted Potter – The Unauthorized Harry Experience, a parody by Dan and Jeff.

In the stunning one-man, multi-character show Beyond Glory, stage and screen star Stephen Lang brings the remarkable stories of eight medal of honor recipients to the stage in a performance that will reach into your very soul. “This is a show we had to cancel last season and I’m glad we were able to get it rescheduled,” added Mitchell. “We’re also thrilled that the New Philadelphia VFW Post 1445 and VFW Ohio Charities agreed to continue their very generous sponsorship of the event so that tickets will be free for Veterans and Active-Duty Military and their families.”

The season also has something for those eager for nostalgia. “We have a fantastic collection of shows that feature music that is already familiar to our audiences,” said Mitchell. “While some would fall under a tribute category such as One Night In Memphis featuring the music of Presley, Perkins, Lewis and Cash and That Arena Rock Show which is straight up 80’s hair bands, we have other concerts that highlight music from the past performed by artists who put their own flavor on the songs.” These shows include Yesterday & Today: The Interactive Beatles Experience, The Music of Billy Joel and Elton John featuring Michael Cavanaugh and What it is… a celebration of SOUL featuring Heidi Burson. 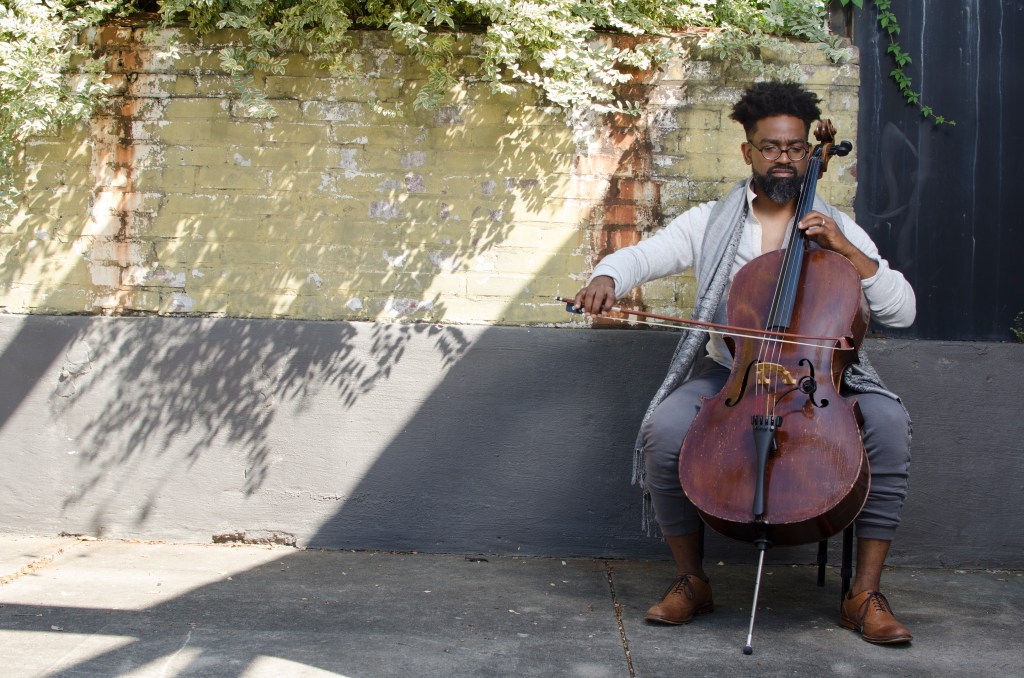 “At the Performing Arts Center, we believe students in our community deserve to experience the transformative power of the arts,” continued Mitchell. “Offering workshops is a vital part of this educational effort by connecting students with touring artists. This season will feature two such opportunities with participation free and open to high school students. These opportunities are only possible through the generous financial support of individual donations to our Education Fund, corporate sponsors, and foundation grants.” Artists who will dazzle audiences on stage and also offer student workshops include OkCello, an American cellist-songwriter whose artistry integrates cello performance, live-sound-looping, improvisation, and storytelling and m-pact, who has been hailed as “one of the best pop/jazz vocal groups in the world”. To learn more, donate or register for a workshop, visit: http://www.kent.edu/tuscpac/education-community

Also included in the season are two shows which bring to mind one word: spectacle. Direct from London, Dragons & Mythical Beasts is a fantastical new show for the whole family which brings magnificent puppets to life. YAMATO: The Drummers of Japan will fill the stage with more than 40 Taiko drums, the largest of which was produced from a huge tree over 400 years old, is approximately two meters in diameter and weighs 500 kg.

“We’ve added a new feature this season which I think everyone will love,” explained Mitchell. “We’ll transform the PAC lobby into an Italian piazza for a full immersion experience.” Una Sera Italiana (translated to An Italian Evening) will feature music by Alla Boara who brings new life to Italy’s diverse history of regional folk music. Also included in the evening will be five tasting courses of authentic Italian cuisine perfectly paired with Italian wine. Mitchell continues, “The evening will be full of music, wine, food and laughter. And with limited seating available, I’m sure tickets will go fast.”

The season will also feature two shows which will be free and open to the public. Sounds of the Season will awaken your holiday spirit with a concert of festive musical treats performed by area choirs. Family Revealed – A Story of History and Hope will be presented by storyteller and songwriter Reggie Harris, a descendant of a slave and her master who gives audiences an inspiring look at what we can be when we face the truth with open hearts and minds. 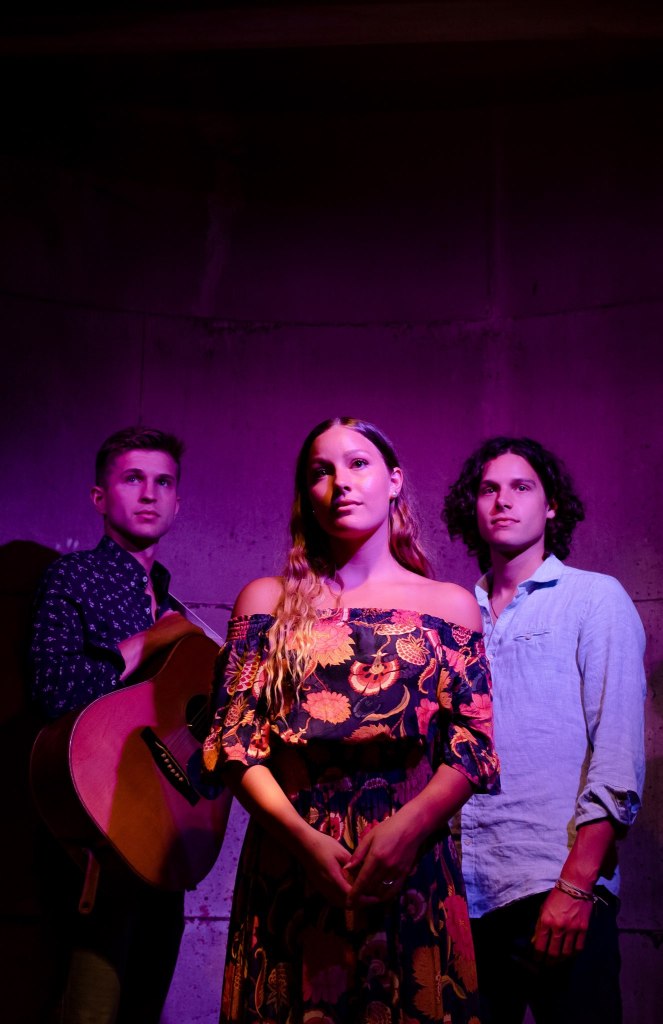 “Continuing partnerships with our sponsors are a testament to these organizations’ commitment to the arts and assisting us in enriching the lives of the community around us,” added Bielski. “We are excited for the Tuscarawas County Community Foundation to return as our full season sponsor. With the inclusion of Beyond Glory on the season, we thank the New Philadelphia VFW Post 1445 and VFW Ohio Charities for their generous show sponsorship. And we welcome our new Platinum Sponsor Attorney Richard W. Hinig. In addition, we are grateful for the continued support of First Federal Community Bank and Alonovus as Platinum Sponsors and Supporting Sponsors AquaBlue Inc. and House of Stones. Western Reserve Public Media also continues as our official media partner for the season.”

A complete list of performances and ticket prices are online at http://www.kent.edu/tuscpac. PAC members will be able to purchase tickets to the 2022-23 season from June 13 to June 22. Discounted tickets are available through pre-sale packages of four shows or more and can be purchased beginning June 23. Single show ticket sales begin June 27. Tickets can be purchased in person at the Performing Arts Center box office, by calling 330-308-6400 or online at http://www.kent.edu/tuscpac. The box office is open weekdays from 8 a.m. to 5 p.m.

One Night in Memphis Tuesday, November 8

The Guess Who Thursday, January 26

What it is… a celebration of SOUL featuring Heidi Burson Thursday, February 9

Free and convenient parking is available for all shows. The Performing Arts Center at Kent State Tuscarawas is located at 330 University Dr. NE, in New Philadelphia. 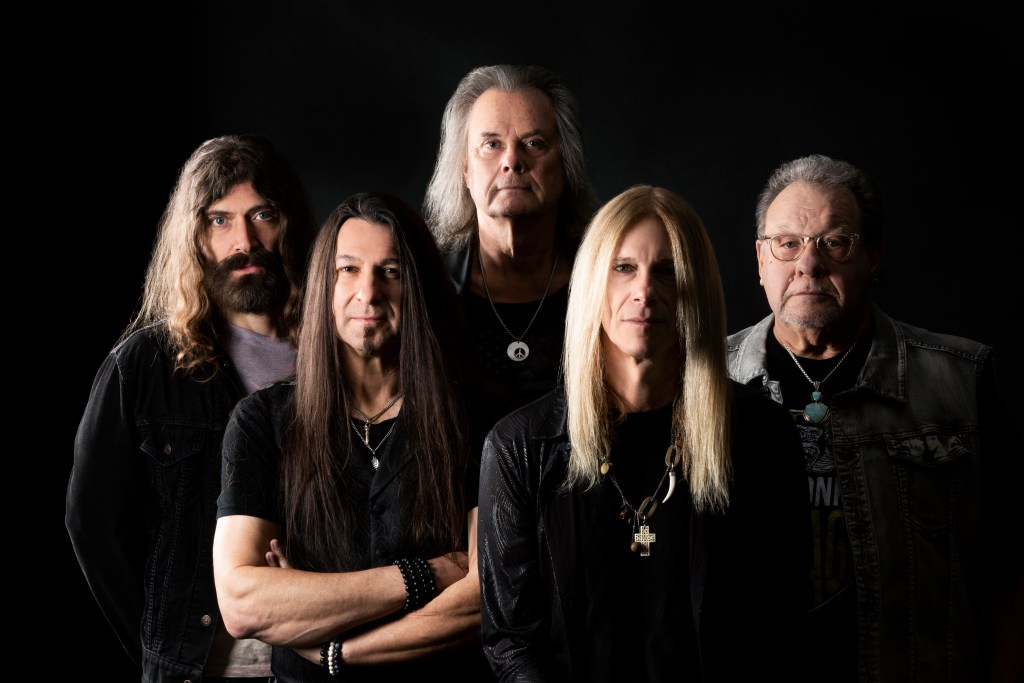