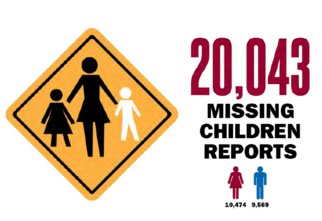 Last year’s report documents that 20,043 children were reported missing in 2017.

“Fortunately, around 98% of the children reported missing in 2017 were found safe, but some children are still missing,” explained Attorney General Mike DeWine. “Protecting Ohio’s families, particularly children, has always been one of my top priorities. We will continue to work with local law enforcement and family members to do all we can to bring Ohio’s missing children home.”

A full copy of the report can be found on the Ohio Attorney General’s website. 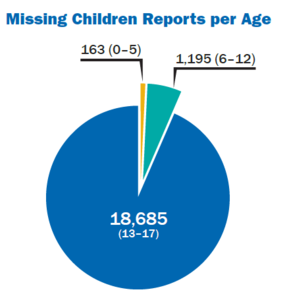 Of the incidents in which the suspect’s method of attempted abduction is known, 37% used physical force or a weapon; 30% offered the children a ride; 15% tried to entice the children with candy or an animal (such as a ‘lost puppy’); and 18% engaged the child in conversation by asking for directions or help.

“Parents should regularly talk with their kids about what to do if approached by a stranger,” added DeWine. “In most of these attempted abduction cases, the suspects were in a vehicle. Make sure your children are aware that they should never get near a car driven by someone they don’t know.” 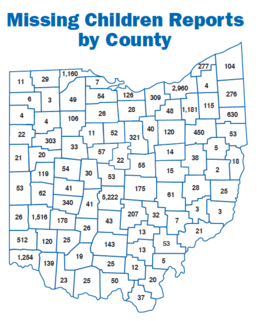 There are currently more than 700 children listed as missing in the Ohio Attorney General’s Missing Children Database.

The Ohio Missing Children Clearing Clearinghouse was established by the Ohio General Assembly in 1993 as a central repository for statistics and information about missing children in the state. Attorney General DeWine’s Ohio Missing Persons Unit was developed in 2011 to better coordinate and convey information about services related to missing children and adults. The unit operates the Ohio Missing Children Clearinghouse and is part of the Attorney General’s Bureau of Criminal Investigation.