So, here’s a truth for you.
It’s 6:30 in the evening, and I’m still wearing what I wore yesterday (which I also fell asleep in last night.)

I have an oversized hoodie on top of that, a rooster tail coming out of my uncombed hair, and I’m wrapped in a blanket. Yikes. Scary times, folks.

I imagined that working at home with a baby would be lots of baby cuddles, and a little bit of having to sit at my desk and get things done. But I’ve held my baby a total of two times today. My husband (who, thank my stars, is home during the day since he works nights) took care of her most of the day. That man barely slept, so that I could keep working. Meanwhile I was swimming in editing, answering emails, and attempting to finish up a PDF I’ve been putting together that was chalk full of spelling and grammatical errors. And I’ve just found three more of them. Lovely!

If you recall my previous post, I wrote about how I was quite unhappy with the stay-at-home-mom life. But truth be told, I think I’d go insane even faster if I had to go to an office away from home every day. The social anxiety is real. So working from home most certainly has it’s perks, but what they won’t tell you is that it’s basically two jobs. I completely realize of course that mothers who work from home have to come home and mother their children after they’re done. But I guess that’s the difference; there’s a time and a place for one, which you can drop at the door when it’s time to focus on the other. Sometimes I seriously envy that.

I’ll tell you, I spend so many days with my head spinning because I’m trying to send someone a wedding quote, or edit an engagement session, while there’s a tiny human in my arms. And that adorably small person can’t decide if she wants to drink her bottle or play with it, as I’m trying to prop the end of the bottle with my chin, so I can at least have one hand on the keyboard. Picture that. That’s real everyday life. It’s almost laughable. 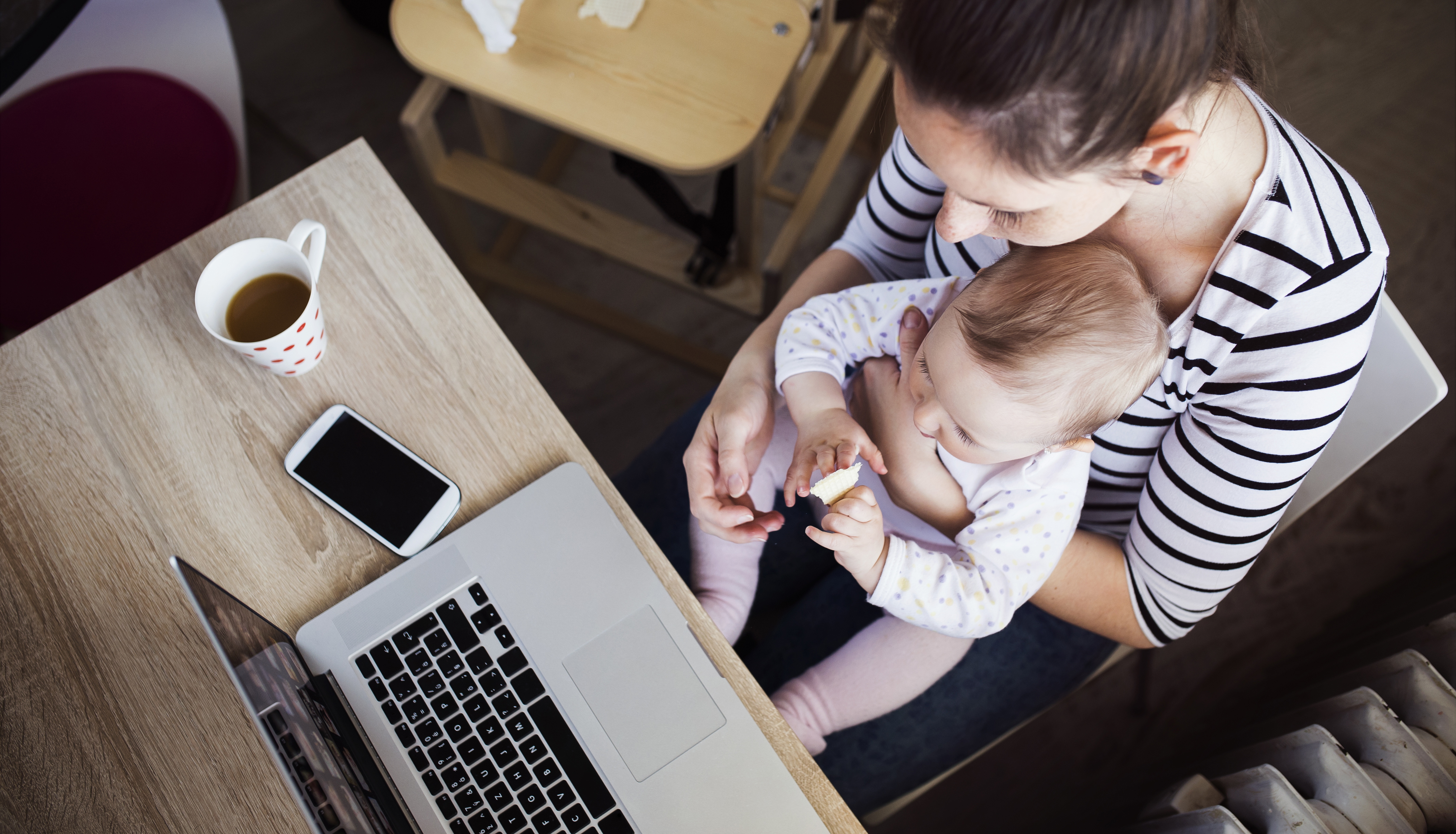 I once dropped my phone in baby poop when Natalie needed a diaper change, while I was on the phone with a client who didn’t understand (after I’m pretty sure I had said three times) that it wasn’t the best time and I’d be happy to go over the details later. She just kept talking! Which is good I guess, because I’m pretty sure she didn’t even notice I wasn’t on the other end, while I was busy wiping mustard yellow slime off of my phone case. I’ve snapped my fingers and given my most intense stern mama glare more times than I can count when the older two come downstairs (probably to ask for the tenth snack today) while I’m in the middle of a project. I’ve genuinely had full breakdowns when someone has called or texted me while I have YouTube open on my phone and it makes the sound stop… because that interrupts the video that plays 10 hours of running water, which is the only thing that magically puts the baby right to sleep, and keeps her there. This whole arrangement is complete and total chaos. Honestly, it’s amazing I get anything done.

But showering and changing my clothes?
Mama, sometimes that is just asking too damn much.