Imagine never being able to have a conversation with your child. Never knowing their true wants and needs. Wondering if you’ll ever hear them say ‘I love you.’

What you’re imagining is real life for Alexis and Nick Pryor. In 2013 at just 19-weeks along with her twin girls, Alexis went to the hospital for a routine checkup only to find out she was 4cm dilated and having contractions. A week later she was admitted. Baby Charlee was ready to enter the world way before her parents, the doctors or her sister, Lennix. At 23 weeks along, Alexis’ water broke, and fear flooded their hearts.

Would they deliver Charlee and see if Lennix could survive in the womb without her sister? Would they keep both girls in the womb, allow Charlee to pass away so Lennix could have more time to grow? Or, would they look to God’s will, rely on hope, and deliver both?

“I looked at Nick and we both agreed that we wouldn’t be sacrificing one baby for the other,” said Alexis. “If Char was to come, we would take everything on together, as a family of four.”

And that is exactly how they have continued to live for nearly five years now. Taking it on together, as a family of four, full of faith and hope.

Breathing, for most, is done without thought. But, for Charlee, the simplest survival necessity was a challenge. A ventilator quickly became her breath and multiple complications left her parents wondering if they may lose her. But, her stubbornness to be in this world, pushed on. Next was a trach and then the reconstruction of her trachea allowing her to breathe without a device.

At roughly a week old, Lennix, developed Necrotizing Enterocolitis, one of the leading causes of death in premature infants. It is when bacteria attack the wall of the intestine and can cause an infection that will ultimately destroy the wall of the bowel. Lennix also has Cerebral Palsy, Cortical Visual Impairment and is Non-Verbal.

Despite all odds, these miracle babies have survived over 30 surgeries combined, countless hospital admissions, and more death scares than their parents care to think about.

Through it all, their hope was unbreakable. Their faith never wavered. And as a family of four, they took it all on together.

Charlee is now your typical toddler. She runs around in her mom’s high heel shoes, plays in makeup, is always busy and makes lots and lots of noise! And the bond she shares with her sister is remarkable. “I am a firm believer in the ‘twin connection,’” said Alexis. “There have been times when Lenn wasn’t feeling well, and Charlee knew what was wrong with her and would tell us.”

Although Lennix continues to face many adversities day in and day out, her parents have made it known that the labels will not stand in her way and surrendering is not an option. “We have pushed her from day one to fight for what she wants to do, and we refuse to ever let her give up just because it’s a little harder than it is for most,” said Alexis.

Little did they know, Lennix was part of the conversation all along. On April 13th, just less than a month before her 5th birthday, Lennix let them know she got the message to never give up. 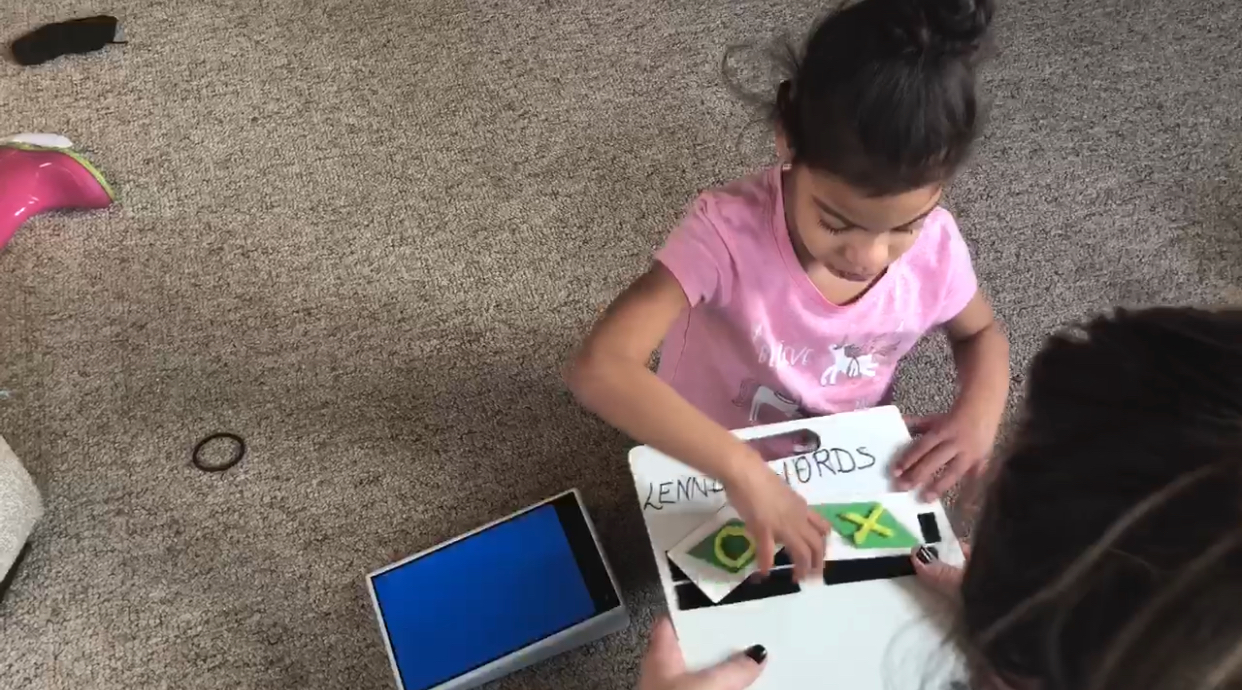 As if she’d been saving up everything for that very moment, Lennix had all kinds of things to say. She confirmed her likes and dislikes, her age, her best friends, who she loves spending time with, and things she loves about school and life. “It was one of the most amazing moments of my life,” added Alexis.

Before that moment Nick and Alexis were forced to guess. They made assumptions based on what they’d learned about Lennix’s noises and actions, through trial and error.

“We’ve always known that Lenn has a voice,” said Alexis. “In that moment it was like a sense of calm came over the both of us. For the first time in almost five years we had a conversation with our daughter.”

So, what does this family attribute to her success? A team effort. “From doctors, surgeons, nurses, therapists, her school teacher and aids, everyone has played a part in this journey, in getting her to this point,” said Alexis. “She wouldn’t be where she is today without every single person we have come in contact with. Every member of her team, will forever have a special place in our hearts.”

Alexis said she wants others in dark days to think of Char and Lenn. She wants them to know that not only can they survive, but with love, hope and a little prayer they can thrive.

“We all need a little hope in our lives.”