They say bringing home a baby changes you. It does. But so does losing one.

Our first baby, Ashlie Cathren Maroon, was stillborn at 41 weeks and one day in October 2015. It rocked my world in more ways than one, but I didn’t really notice until almost two years later.

I’m a Type A personality—impatient, driven, and competitive and can get fired up in a nanosecond. I made decisions fairly quickly and was generally confident in my choices. Then I became a mom. I’ve never had more joy or been more in love with anything else in my life. But I’d never felt so out of control.

In May 2017, we welcomed our second baby, Anthony Jerrick, into the world. After the longest nine months of our lives, I was so thankful he was here, alive and well. I was filled with wonder when they put his face next to mine. (We made that baby, and he is ADORABLE!!!) 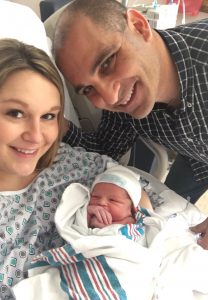 But the moment was interrupted by crushing dread. What if he’s not OK? What if they whisk him away? What if something goes wrong? I couldn’t shake the feeling that something bad would happen. Never mind all of the “stuff” a post-partum woman experiences, I was trying to keep it together while caring for a baby, which should have been second nature…because I should have done this before.

Almost immediately, I felt inadequate. After gut-wrenching visits from three different lactation consultants ended in tears from both me and AJ, it was determined something was obviously wrong with my breasts and I couldn’t nurse him. Great. One day in and I’m already doing a shitty job. Someone wheeled in a breast pump and promptly left without any instructions on how or when to use it.

Challenge accepted. After a few weeks (and a great Facebook group), I learned the ins and outs of exclusive pumping. I devoted four hours a day to pumping and took my pump everywhere…mall parking lots, cookouts, Dallas and Connecticut. It was the topic of many conversations, and I felt defeated every time I would hook it up.

Over and over, I had to defend my decision to exclusively pump. Some moms were so confused. “Have you tried breastfeeding?” they’d ask as if I’d never thought of that before. Even those closest to me didn’t get it. “It would be so much easier if you’d just nurse him,” I heard more than once. Yes, I agree. Thank you.

We later learned that AJ had tight neck muscles that made it difficult for him to turn and get a strong latch. After some physical therapy, he was good to go. It would’ve been nice to know all that before I was shamed for not nursing because that was just the setup for a rough couple of months.

I have always expected a lot of myself, and having AJ wasn’t about to change that. If anything, it made me even more driven. I believed I could do it all because I always had…why would this be any different? He deserved the best life. In between pumping and adjusting to life with a baby, I was running a successful business and growing a non-profit organization. My husband Tony works full-time, teaches and runs his own DJ business. He was exhausted too, partially because we were crazy enough to have a baby during peak wedding season. We had a ton of help (and still do), but there was so.much.to.do. I just couldn’t catch up. I spent most days with a sinking feeling in the pit of my stomach. 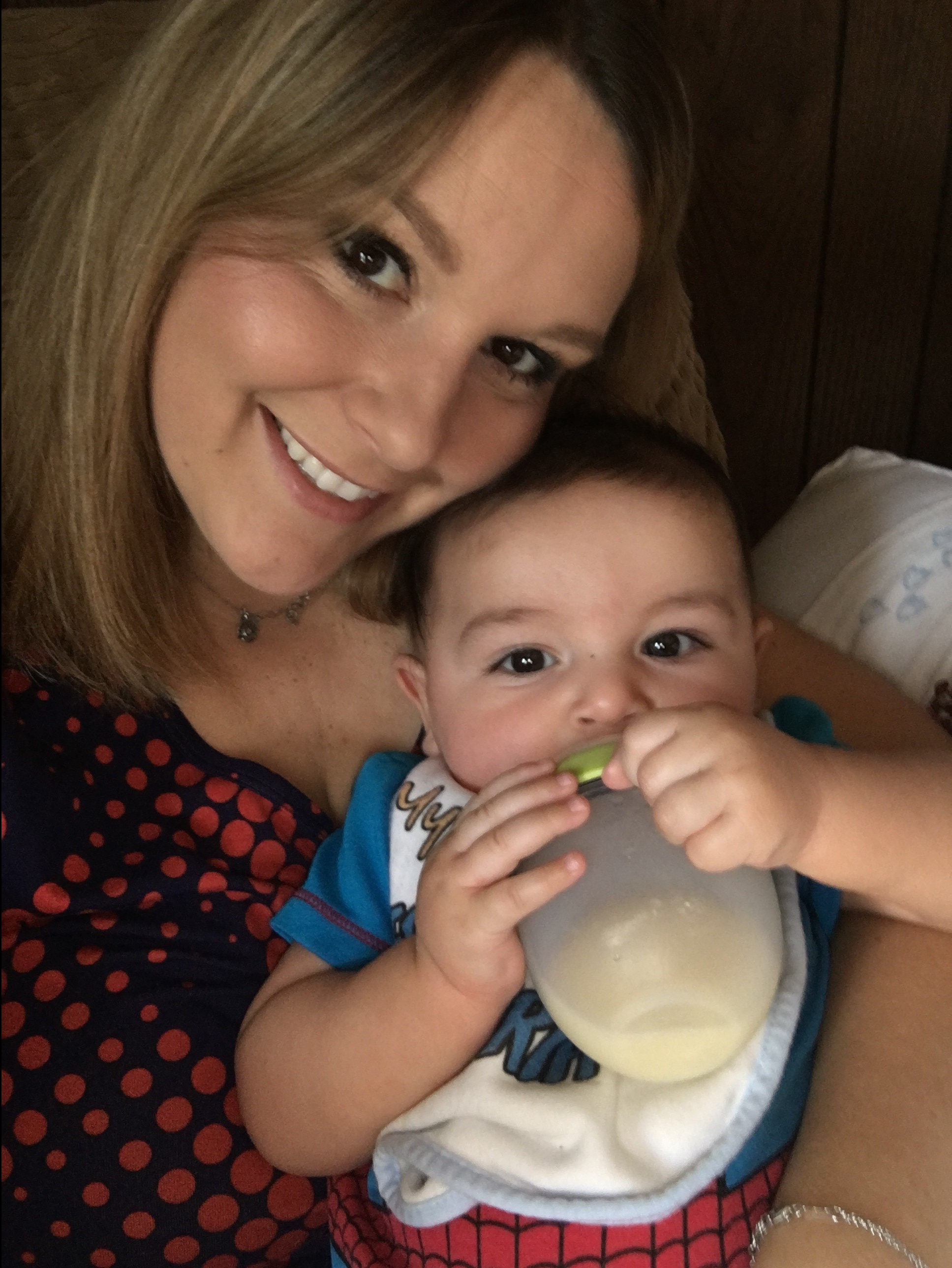 On more than one occasion, I wondered if all new moms felt like this. Or was it just me? It was probably just me. I really was happy overall. I loved spending time with AJ, and I loved being a mom, but I was always keyed up, a million things swirling in my head. To-do lists did nothing but complicate matters…I’d forget where I put them and start over, only to find the original lists and be overwhelmed at my lack of organization. I was trying so hard to be the best mom…I wanted someone to tell me I was doing it right.

A lot of days, I wouldn’t even notice that it was almost dinnertime and I hadn’t eaten since 5 a.m. when Tony had made me toast. When I did eat, it was snack wraps from the McDonald’s drive-thru, on my way to a doctor’s appointment or my in-laws’ house. I broke down in the pediatrician’s office during a visit because she suggested I eliminate dairy from my diet (we thought AJ had an allergy). I wasn’t eating as it was…now she wanted me to narrow it down even more?

I went on like this for months, my poor husband often surprised by tears and frustration for seemingly no reason at all. We were setting up the night before our organization’s annual gala in October when my façade cracked.

The event planner suggested we move a table to accommodate some of the silent auction items. It meant the room wouldn’t be symmetrical. I panicked. How could people possibly know these were silent auction items if they were moved over there with the raffle baskets?! It would ruin everything and then obviously no one would have a good time. Why would she even ask that?

One of the board members could see where this was going and jokingly told me to “dial down the crazy.” My heart felt like it was going to explode out of my chest. I was shaking and could feel the tears starting to bubble over. I wanted to scream. We’d all worked so hard for this…didn’t everyone know it had to be perfect?? The event planner got closer to me, lowered her voice and looked me right in the eye.

“It’s just you and me,” she said. “We are the only ones here right now. You don’t have to move the table if you don’t want to.”

She’s worked with thousands of clients, and I’m sure she’s seen a lot of drama, so she knew how to diffuse difficult situations. But someone I’d met only three times had felt my unbridled panic, and that rattled me. In the days following that moment, I thought a lot and started to get some clarity. 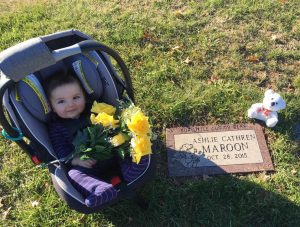 I had learned after losing Ashlie that I couldn’t control anything. At all. My whole life, I’d functioned by having it all thought out. But when you lose a child, you clearly have no say in the matter. So after she was born, I protected myself by fighting harder for control. If I could make sure this or that fell into place, I could stop myself from ever being blindsided again. It’s why I pumped when it was hard. I could control what AJ ate. It’s why I maintained my business at the same level. I could control my income. It’s why I freaked out about the tables. I could control what people saw. It was honestly like a movie scene…once I figured out why I was in so deep, the fog lifted and I could breathe again.

After that night, I weaned from pumping and freed up a ton of time. I hired an assistant and am learning to delegate. I still love control, but I’m trying to let go a little, and the sinking feeling is gone. There’s still a lot to do, but it’ll get done, and when it does, it doesn’t have to be perfect. Because when AJ buries his head in my neck or shimmies into my lap for a story, he doesn’t care what’s on the to-do list. And neither should I.

If you feel like I felt, don’t be afraid to ask for help! 🙂