I worried. Gosh, did I worry. For months I was overwhelmed with the decision of where to send my son to Kindergarten…

“I should send him to this school because all his family goes here.” I contemplated.
“But, the bus goes by my house if I send him to this one.”
“Oh my gosh A BUS?!”
“Don’t panic, don’t panic, PANICKING!”
“Am I seriously supposed to send my five-year-old on a bus by himself???”
“Nope. Not going to happen.”
“I’ll get him one of those location watches.”
“How weird is it for me to follow the bus in my car?”
This was me for a year before I chose what direction we were going to take. I called family friends who coincidentally were teachers and bus drivers. Talked to my friends with kids to try to ease my kindergarten mom jitters.
My son. He was anxious, cautious, and timid at times.
I wouldn’t let him know that I was so uneasy about this transition into the realm of public school education.
I had made my decision…
Encouraging him every step of the way to be excited. We pulled into the school parking lot for kindergarten registration and I could not get him through the door. I persevered.
He hid behind a  brick pillar built into the wall and cried.
Great, now I’m the mom who can’t control her kid.
He’s a wonderful boy-
I promise-
He will loosen up after he gets to know you.
“Yeah like they haven’t heard this one before.”
“Sigh – I hope they haven’t deemed him the troubled kid already.”
The school had this cute little table with cowboy hats, star pins, and a picture booth set up. Each kid had their own packet with their names written on them.
Of course, he wanted no part of it. What kid doesn’t like to wear cowboy hats!?
Mine.
As I sat there breaking into a nervous sweat. I felt like all eyes were on me and my boy who is STILL refusing to cross the threshold of the doors.
I took a deep breath and had an inner pep talk.
“You knew this was going to happen.”
“You are prepared, you’re a good mom, he IS a great kid and he WILL survive.”
I hoisted him up and set him on the chairs. He’s still refusing to make eye contact with anyone.
They came out and called his name.
“PAYTON”
I practically had to run away from him when the teachers came to get him for his assessment. Which wasn’t unusual because I ran out the door almost every day of preschool.
Summer flew by and we took him to the orientation where we met his teacher.
The newbie.
This was her first year and SHE would primarily be the one person who shapes his idea of learning from here on out.
A rookie with my son? Oh, good luck! I thought.
She walked up with her bubbly personality and I loved her instantly. Her kindness radiated through the room as we did our scavenger hunt. Honestly, I was thinking,
in this small town-
how do I not know her already-
AND-
how are we not friends?
She bent down with a box of pencils. Hi Payton!! I am Ms. Thompson would you like to pick yours?
He wouldn’t look at her, he looked down as I whispered to her that he is a very anxious boy and pointed out the hives he had on his hands just from stressing over the situation he was inevitably being placed in.
She was taken back a bit – I think – but it never stopped her. She knelt down to his level and handed him a pencil.
“Here this one is cool.” Don’t you think?
His eyes met hers for a split second. Then right back to the floor.
She revealed to me later in the year that she went home that night thinking up ideas of how she could possibly help this little boy who was so nervous about starting school.
As the end of the year is rapidly approaching I am reflecting back and all that seems like a distant memory.
Our first parent-teacher conference she had him completely figured out.
He doesn’t like messes.
He is a perfectionist.
I reinforce that it’s ok to make mistakes, that’s how you learn.
These are the things she was saying to me. I was amazed by how quickly she identified his needs. Never pushing him to be different but always encouraging him to grow.
I spoke with some of the other moms with children in his class and the consensus was all the same. She has a way of making each kid and parent feel important. That our kids are as important to her as they are to us.
The more he went to school the more confident he became. I watched him grow this year in every aspect of the word.
So, Ms. Thompson, I think it’s safe for me to say that I am not just speaking for my family. I am speaking for all of us.
This article may not truly convey the gratitude toward your dedication and your desire to truly connect and prepare this kindergarten class for success. Yet, I know every student that enters your classroom, will undoubtedly leave encouraged and ready to move forward, because of your desire to see them grow and succeed.
As a parent, I can say… this very well may be the best year of my son’s school years and that is because of YOU. 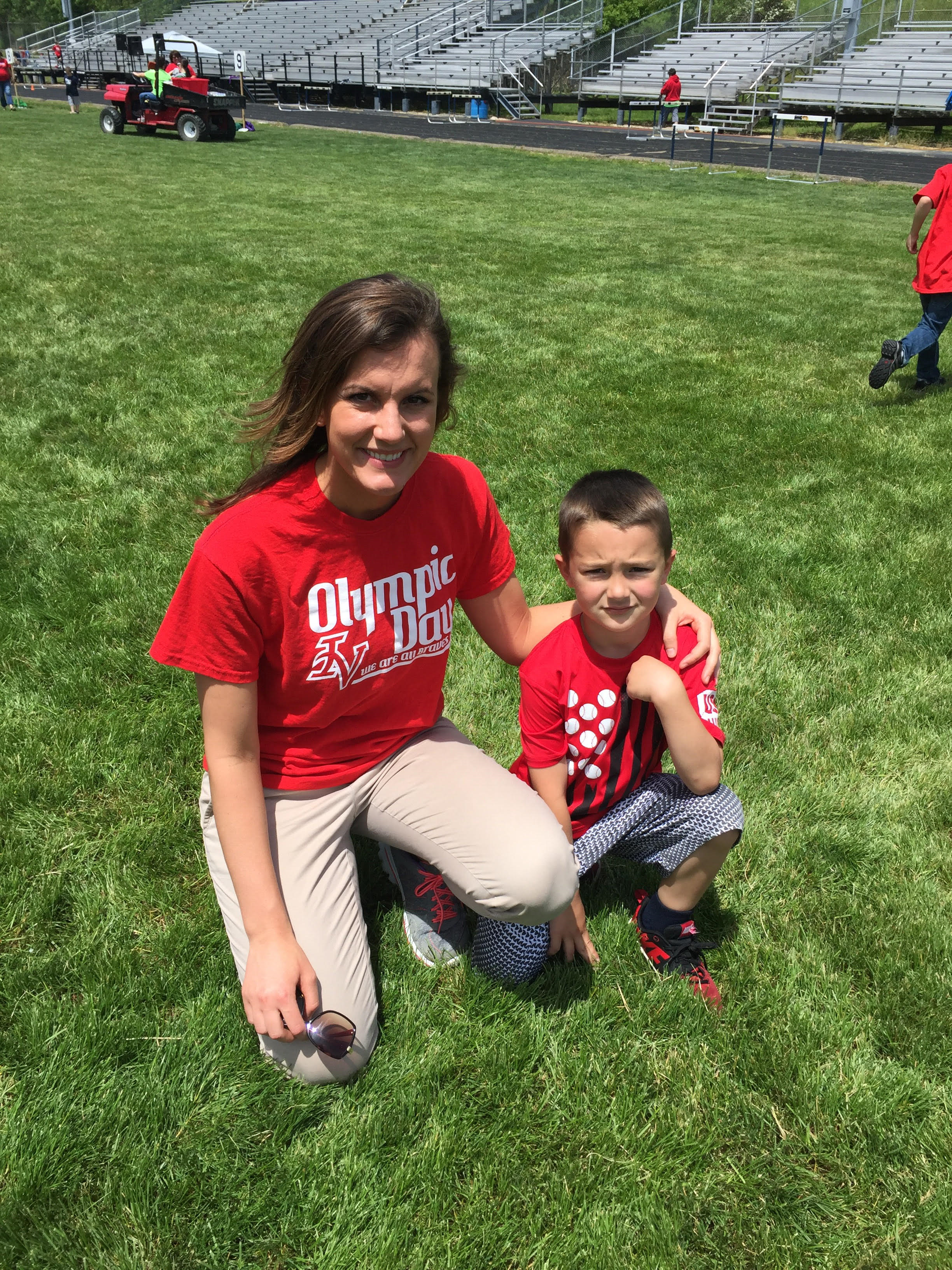 1 thought on “A Brave Year of Firsts ”