“Both of us with tears streaming down our faces. I’ll never forget that moment…my foster son’s mother looked at me and said ‘Thank you’.” 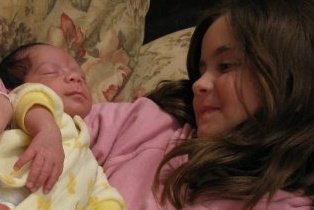 As May wraps up, I thought it fitting to mention that May is Foster Parent Appreciation Month.  While many of us spent this past Memorial Day weekend with family and friends, there were over 500,000 children in foster care with over 100,000 waiting for their forever family.
I myself was a foster mom! Eight years ago, my husband and I began our journey as foster parents. My husband is 17 years older than I am, and when we started dating, I made it very clear, I wasn’t done having children. I was a mom to a 3-year-old, and he was the father of a 15-year-old. Growing up an only child, I always knew I wanted a large family. So, after we got married, we were ready to add to our own blended family!
But, after a couple years of trying, fertility specialists, and many tears…we decided that
maybe our family would be created by adoption. Financially, we could not afford private adoption. And it did not feel right to ask family, or friends to contribute to our dream of adoption. So, we looked into fostering. And thus began our journey into the world of foster care!
First, we filled out mounds and mounds of paperwork! Then, we had people visiting our
home…inspecting every nook! We had background checks, foster parenting classes, meetings, and after a year…we were approved for fostering!
We were classified as foster to adopt parents! Meaning our intent was to adopt, so we wanted a child that had a slim chance of reunification with the birth parents.
And then we waited, and waited, it was a couple of months before we received our first call…they had a newborn boy who needed a home! I was over the moon! “Were we interested?”
Of course, we will take him!!!
But my joy was shortly dashed as a call came a couple hours later that he had been placed with another family. That was the day before Thanksgiving.
That Monday, I received another call with the description of a baby boy that sounded exactly like the same call I had the week before. In fact, it was the same baby! And on that rainy Monday night, I went to pick up a beautiful baby boy…a pre-mature,
addicted baby boy…who immediately stole my heart! Love was instant, just as if I had given birth to him.
The next couple of months were a whirlwind filled with sleepless nights as he went through withdrawal, doctor’s appointments, and social worker visits.
And firsts!
The first night he slept through the night, the first time he rolled over…those months slowly turned into a year, and the firsts kept coming!
His first word was “dada”, and I was his “mama”! He called me “mama”! And he was “our son! But the problem was…he wasn’t our son.
There was a mother, who called him her son too. And while we knew all about
his mother and father, we pushed them out of our minds and focused on him! We didn’t want to think about the possibility of this beautiful baby boy going back home.
But, on a sunny summer afternoon, I got the call…the call that puts a pit into your stomach! Could I pack an overnight bag? He would be spending the weekend with his mother. As I hung up the phone, I knew…I knew that he wasn’t going to be mine forever. I knew, that this mom and dad had worked like hell to get their son back.
But, I wasn’t going to give up without a fight! I called everyone and anyone who would listen! I researched cases similar to mine…and to spare everyone the details…our first experience with social services was less than ideal. We were the foster parents that when introduced to other social workers or foster parents would get the response of…“Oh, you’re the Marchinos”. Yes, that was us! The ones that bitched and
complained, and advocated for our foster son.
But, despite our best efforts reunification was on the table.
A meeting was called to start the process, his parents on one side of the table, and my husband and I on the other side. Tears were already streaming down our faces, and I felt like I was going to throw up. The words that were being spoken were like Charlie Brown’s teacher speaking.
I picked out keywords, two weeks…three day visits increasing to more days, August to return…my head was spinning and the meeting was over.
It was then that I looked up, and two women, two mothers, locked eyes…both of us
with tears streaming down our faces. I’ll never forget that moment…my foster son’s mother looked at me and said: “Thank you”. “You’ll forever be apart of my son’s life, I promise.”
The day did come when my foster son was reunified with his parents. A hot sunny day in August. And for the next six years, my role as a foster mom turned into a role of a Godmother.
You see, my foster son’s mother kept her promise. And he is and always will be in our lives, even if he did call me mommy for just a little while…
Would I do it again? Absolutely! And as a matter of fact, we did! But that’s a whole different story, for a whole different day…a story we like to call the two for one story!
<3 Rebecca