The journey to motherhood for me has been long and trying. From a little girl to adulthood, being a mommy has always been one of my dreams that I wasn’t sure would be fulfilled. After many different doctor visits throughout my teen years, at the age of 17, I was diagnosed with polycystic ovarian syndrome or PCOS. While I was happy to finally know the cause of my abnormality, I was sad because it also meant that one of my dreams that I had prayed about from a young age may not be a possibility. In the years to come I prayed over my womb and went on with life and pursued other goals and dreams, adjusting as needed.

I eventually met and married Willie. Getting married meant I could fulfill my lifelong dream of becoming a mommy. We didn’t want to rush it, we wanted to enjoy marriage first but after taking little to no precautions, and many BFN (big fat negative) pregnancy tests it became apparent that having children may not be easy. The desire to have children one day, led me to take steps to prepare early in our marriage. As time went on, we encountered many challenges in our marriage which led to me questioning if I even wanted my lifelong dream that I had prayed for so many times before. Things seemed to go from bad to worse, but me being me, I adjusted, focused on other goals and dreams while setting motherhood to the side. Things probably looked great to those from the outside looking in; I was busy checking things off of my goal or dream list, but deep inside I felt as though my world was in shambles. I remember many days and nights crying and praying for peace, I just wanted peace.

To deal with all that I had going on, I tried to distract myself by focusing my attention on all of my goals, except motherhood. Knowing my history of seemingly normal cycles followed by classic pregnancy symptoms, I wasn’t in the mood for the emotional rollercoaster of excitement and disappointment that came with my PCOS. I had been under a lot of stress and let’s be honest, this was probably the worst possible time for me to be pregnant. Insert God’s laughter. The very thought of pregnancy at this point in my life made me feel some type of way; I was in a mental place of, yes, I want to be a mommy but not really, at least not right now—this wasn’t the right time. I had a feeling that this particular late cycle wasn’t a drill but in my current state of mind, could I mentally and/or spiritually handle the emotional rollercoaster or the heartache that another BFN would bring? Could I even handle a BFP (big fat positive)?

After several days of contemplation, I finally decided to take one of the pregnancy tests I had. It was positive, seriously?! This couldn’t be right; I took a total three (3) tests to be sure. I was happy, sad, excited and angry all at the same time. It was the worst possible time for a baby, why now? I had goals to accomplish and other things in life were questionable. I put a smile on my face and went through the motions: the first prenatal visit, bloodwork and ultrasound, and eventually was somewhat okay with it. We found out that we were having a boy and more excitement began to build. We struggled to decide on a name and then one day Willie text me, “What do you think about the name Solomon.” Solomon was a name that I had mentioned before but he never seemed to entertain, so I responded, “Possibly,” his next text was, “Means peace ….. I sort of like it.”

We eventually decided on Solomon for his first name and as soon as we agreed on his full name, I heard God whisper, “you said you wanted peace,” and I instantly began to recall saying that, hoping for that, and ultimately praying for that many times. In that moment God answered my question, why now? When I felt like my life was in shambles, the conception of Solomon led to the beginning of restoration within myself, my husband, and our marriage. The start of restoration ultimately led me to the peace that I wanted, the peace that I so desperately hoped and prayed for, the peace that I needed. My life is not perfect, but I have peace. 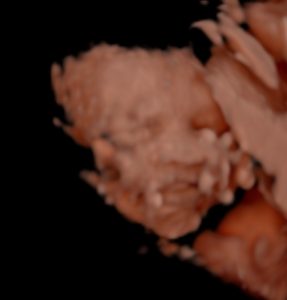 “Be careful for nothing; but in every thing by prayer and supplication with thanksgiving let your requests be made known unto God.  And the peace of God, which passeth all understanding, shall keep your hearts and minds through Christ Jesus.”