The Centers for Disease Control and Prevention is using a reminder to wash your hands as an opportunity to fight drug resistance. 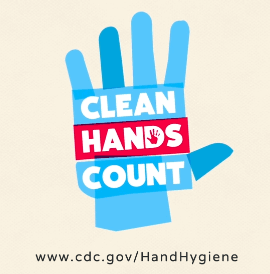 The agency issued a press release on Friday to remind the public that “keeping our hands clean is one of the most important ways to prevent the spread of infections.”

Officials noted in the release that this year’s focus is “Fight Antibiotic Resistance – It’s in Your Hands.”

Amid reports of the growing threat of drug resistance in the United States, and news bulletins about superbugs and dangerous bacteria, officials are pointing to a solution as simply as washing your hands.

CDC experts confirmed the threat is very real, noting resistant bacteria is to blame for more than 2 million infections each year in the U.S., and as a result more than 23,000 people die.

In the press release, CDC officials spotlight on Shigella, a kind of bacteria that can cause diarrhea, fever and stomach cramps.

In that spotlight, the public is encouraged to wash their hands carefully with soap during key times, such as before eating and after changing a diaper.

The CDC offers a link to tips and suggestions about washing your hands to help protect yourself and others against the spread of germs here.